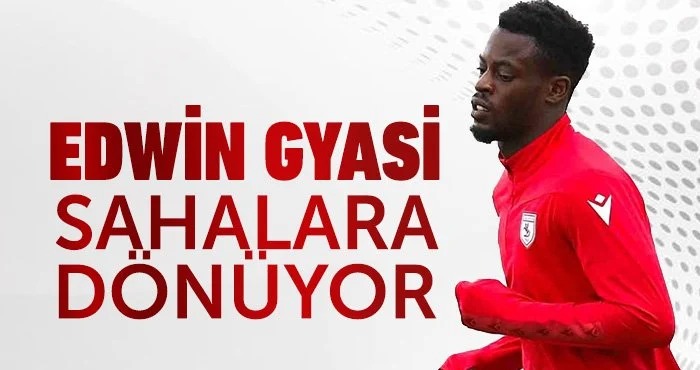 Winger Edwin Gyasi has regained his full fitness and is now in line to mark his debut for Samsunspor when the team faces off with Akhisarspor this weekend in the TFF 1.

The Ghana international joined the Turkish club this summer after ending his stay with Bulgarian giants CSKA Sofia at the end of the 2019/2020 football season.

Due to a minor injury setback, Edwin Gyasi has yet to play his first game for Samsunspor. As reported by footballghana.com over the weekend, the attacker has steadily seen progress and has now been declared fit and ready to play.

In line with that, the new signing is set to mark his Samsunspor debut against Akhisarspor this weekend in the second-tier of Turkish football.

He will hope to hit the ground running when selected to play in the game scheduled to be played on Sunday.

This season, Edwin Gyasi will be expected to do more for his new club to aid their quest to fight for promoting to the Super Lig at the end of the season.