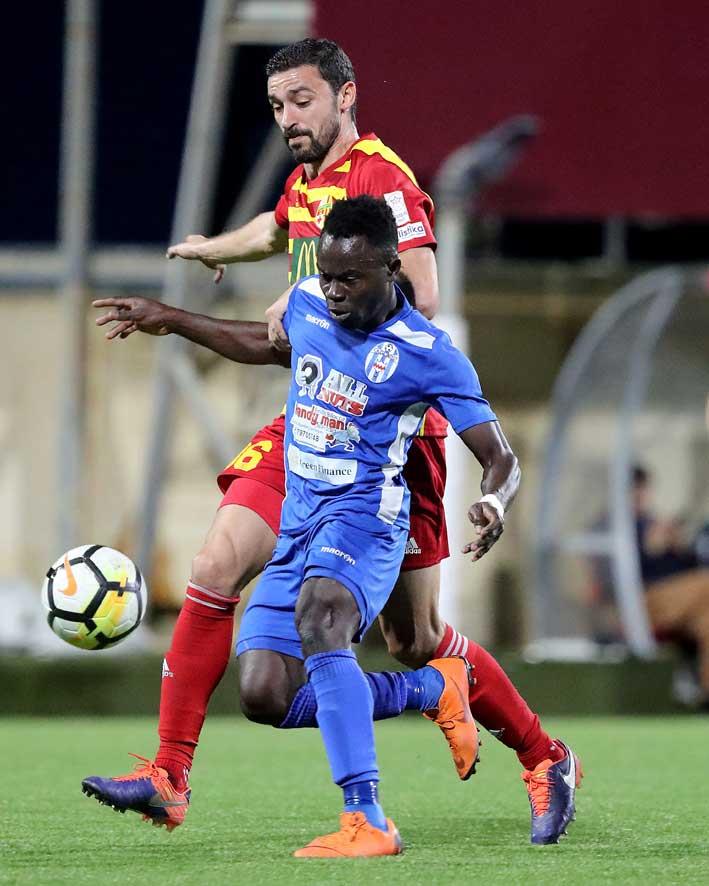 Mensah opened the score for Gudja on the 28th minute, Rundell Winchester who advanced from near his area on the left flank into the Birkirkara area and crossed low for Gabriel Mensah to score after a first effort had been blocked by Andrew Hogg.

A brace from Gabriel Mensah and a penalty goal from Rundell Winchester saw them inching ahead of the Stripes for whom Federico Falcone scored the goals.

Gudja had their second  goal on the 62 minutes when Gabriel Mensah fired a shot from about 35 metres which finished at the back of the net leaving goalie Hogg staring.

It was a great performance from Gudja who have now obtained their first Premier League win with 7 points.