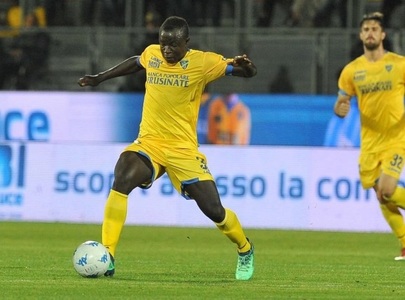 Italian Serie A side Genoa is ready to wrap up the signing of Ghanaian midfield kingpin Yussif Rahman Chibsah after opening talks with demoted Frosinone.

Reports in the Italian local media has indicated that the transfer could be completed in the next couple of weeks depending on how smoothly talks between the parties involved go.

Sports portal Corriere dello sport has reported that Frosinone price the midfielder around 1.3 million Euros and Genoa will have to spend within that region if they really want the services of the player next season.

Rahman Chibsah made 32 appearances and scored one goal for Frosinone during the 2018/2019 season which saw his side being relegated into the lower division. Despite suffering that fate, he was one of the best players for the club and his impressive display in the center of the field has attracted interest from several teams.

As things stand now, Genoa looks the favorite the poach the player away from Frosinone.