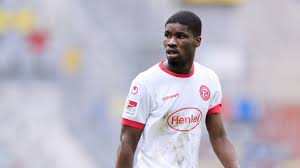 Austria-born defender, Kevin Danso, is set to leave Bundesliga 2 side Fortuna Dussledorf at the end of the current campaign.

The center back joined the club in 2020 from fellow German side Augsburg. It has already reportedly been decided that Danso will return to Augsburg.

In a recent game, the coach dropped Danso in favor of other youngsters with higher probability of staying at the club.

“Kevin has been doing every game he could do lately. You have to give a young player like him a break, ”said coach Rösler after their tie against Darmstadt.