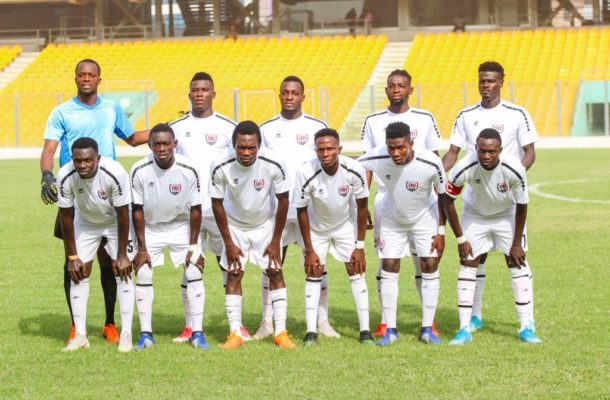 In the final fixture of the season, Ashgold hosted Allies at the Obuasi Len Clay Stadium on Saturday.

However, the game was dominated by a two own goals scored by Hashim Musah.

Ashgold wrapped up the game with a 7-0 win over relegated Inter Allies.

However, Executive Council Member of the Ghana Football Association [GFA], Frederick Acheampong has reiterated that the country's football governing are yet to officially receive the raw footage from the cameraman who was sent to cover the game for the FA.

He however stressed that the FA have received the video circulating on social media and copies have been sent to security agencies in teh country to help with investigations into the game.

"The hierarchy of the Ghana Football Association doesn't have the raw footage of the game from the camera that was sent to cover the game," he told Kessben FM.

"What we have now is the one on social media and it has been forwarded to some top security agencies in the country and I can assure you that the GFA have started investigations into the game and a statement will be released soon.

"Mr Kurt Okraku is in Morocco now and he has forwarded the video to Caf and Fifa and this tells you the FA is determined to make the allegation of match-fixing end in the country," he added.