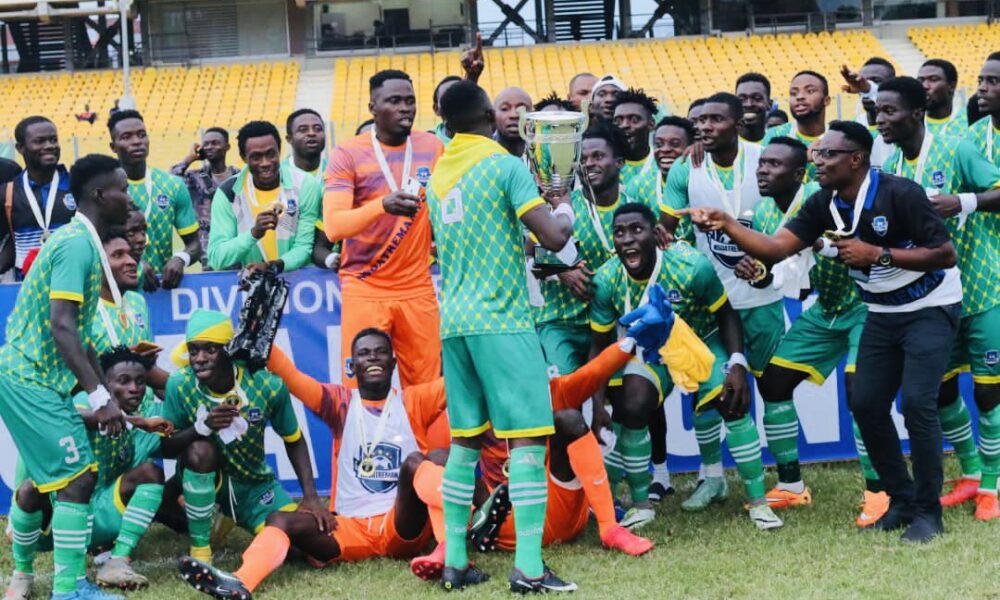 The three clubs secured qualification after winning their respective Zones in the 2021/22 Division One League.

Nsoatreman FC defeated Tamale City 2-1 in a special play off on Tuesday to pick the only slot in Zone One following a keenly contested season that put both clubs at par with the same points total and head-to-head record.

In Zone Two - Samartex 1996 amassed 66 points from 30 matches to qualify for the Premier League while Akyem Oda Kotoku Royals staged a great fight back in the second round of the season to win the League as they ended the campaign with 63 points - one point ahead of former Premier League side Liberty Professionals and two points richer than Tema Youth SC.

''Your performance and accomplishment during this season have been worthwhile and memorable. As a result your clubs have earned a place in the coveted Premier League ranks and therefore have gained the opportunity to target the number one prize in the Domestic League football hierarchy.

To the Players, Technical Team and Management I say Well Done ands Ayekoo! May this success drive you to acquire more achievements.

Finally, on behalf of the Ghana Football Association I commend you for keeping our Division One League competitive and exciting''.  the letter read.