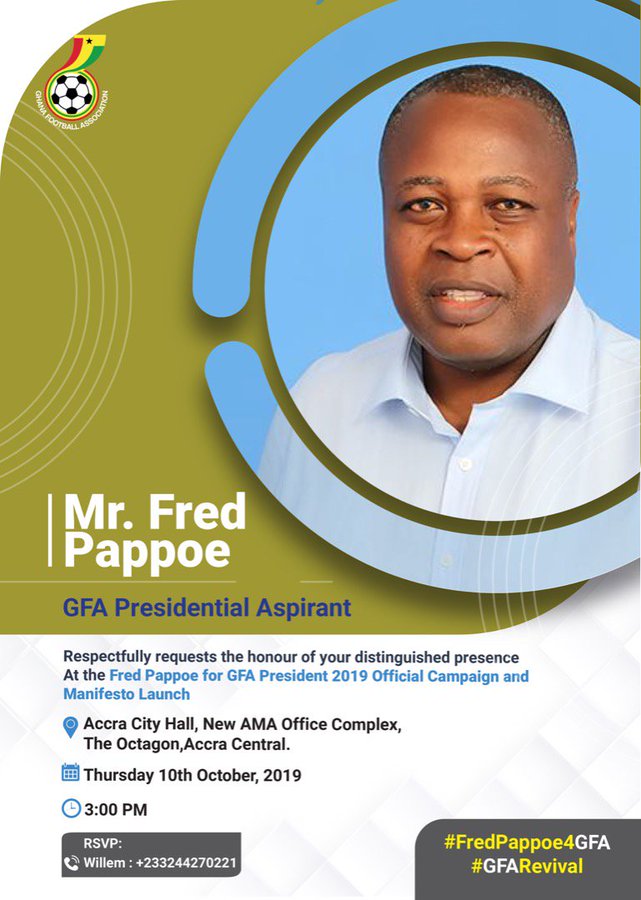 The event will be held at The Octagon at the Accra City Hall at 3:00 pm.

The former GFA Vice President will unveil his road map and ambitions for Ghana Football at the launch, as well as his strategic ways of achieving the goals.

He has stated his desire to revive football in the country when given voted into power.

The Great Olympics Board Member was vice president at the Football Association between 2005 to 2010.

He will be vying for the position alongside ex-vice president of the GFA George Afriyie, Lawyers Amanda Clinton and George Ankoma Mensah, Kurt Okraku and Nana Yaw Amponsah.

Meanwhile, the world's football governing body Fifa has extended the term of the Ghana Football Association (GFA) Normalisation Committee up to November 17, 2019 to enable it to complete the process of electing a new President and Executive Committee