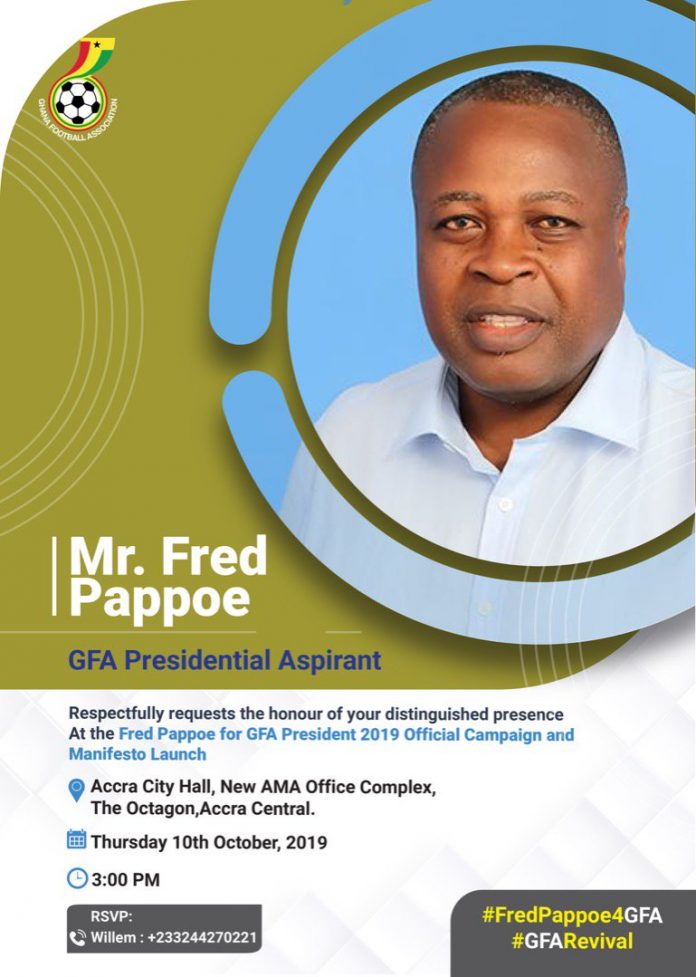 Experienced football administrator, Fred Pappoe has launched his manifesto ahead of the Ghana Football Association (GFA) presidential elections slated for later this month.

Currently a top official for Accra Great Olympics, Mr. Pappoe is one of six aspirants whose candidacy have been legitimized to contest for the vacant position at the football governing body.

At a very colourful ceremony at the AMA office Complex on Thursday, October 10, 2019, he has revealed his plans to revive the embattled and out of favour football administration.

Among many other things he touched on today, Fred Pappoe placed emphasis on making the Ghana Premier League a globally recognized brand while improving refereeing, women’s football, as well as national teams.