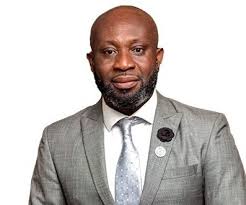 Ghana Football Association (GFA) presidential candidate, Mr. George Afriyie has shared that he has total trust in delegates who have the power to vote in the upcoming polls.

The race to elect a new leader to steer the affairs of the football governing body after the departure of the Normalization Committee has gradually taken shape with just a few weeks to go to the polls.

Though George Afriyie has been reportedly assured by several delegates that they will vote for him, the presidential candidate has been cautioned to be careful because the probability of being let down is high.

At his manifesto launch in Sunyani however, the owner of Okyeman Planners has stressed that he trusts delegates and is sure of being massively voted for when the football community goes to the polls on October 25.

“For me, I don’t fear delegates but I rather trust delegates. This is football, we know ourselves and I trust delegates. What you are seeing here will translate into the elections when October 25 comes”, George Afriyie indicated.