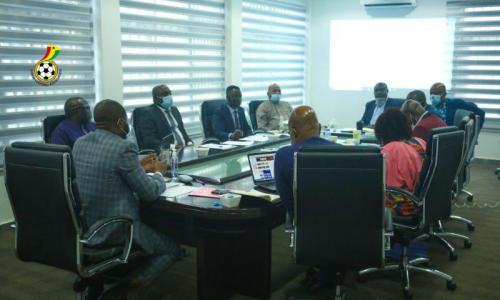 The Ghana Football Association (GFA) has confirmed receiving a report from the three-member committee it set-up to find a new head coach for the Black Stars.

According to the Ghana FA, the next steps now is to finalise the report and sign a contract with the coach settled on by the committee.

The Three-Member Search Committee which was appointed by the Executive Council to make recommendations for a new coach of the Black Stars has on Thursday, September 16, 2021 submitted their report to the Ghana Football Association.

The Committee made up of Vice President Mark Addo, Dr. Ransford Abbey and Alhaji Salifu Zida Shaibu was given three days to find a new coach and Assistant(s) for the Black Stars following the dismissal of Charles Akonnor on Monday.

Following the submission of the report, the next steps will include finding internal alignment with relevant stakeholders and decision making by the Executive Council before signing of contract, official announcement and unveiling.

The Black Stars will take on Zimbabwe in a double header in October 2021.