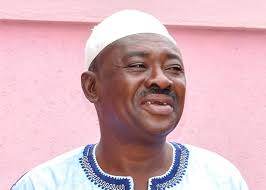 Ghana Football Association (GFA) has consoled the family of Alhaji Yakubu Moro following the sudden death of the Berekum Arsenal owner and bankroller.

The renowned and outspoken football administrator has not been well for some weeks now and was receiving treatment in Berekum.

The GFA has issued a statement to stand by the family of the deceased in this difficult moment.

"It is with great sadness that we announce the untimely death of the Founder and long-standing Club President of @BerekumArsenal Alhaji Yakubu Moro.  Our thoughts and prayers are with his family, friends and the entire Berekum Arsenal Family. Rest In Peace Alhaji ???,"a statement on the official Twitter handle of GFA reads.

Under his reign, Arsenals were able to qualify to the 2006 Caf Confederation Cup but were kicked out in the second round by Petro de Luanda of Angola 2-0 on aggregate.

Before his demise, Arsenals were playing in the Division One and had high hopes of securing a return to the top-flight ahead of the upcoming season.

Moro is likely to be buried on Friday morning as part of the ‘Adua’ before a mini funeral rite can be organised by the family at his former residence since he is a Muslim.