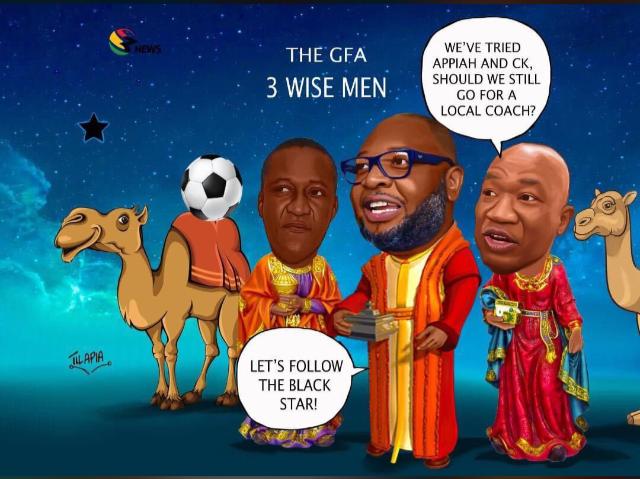 The trio has been tasked to find a Head Coach and Assistant Coaches for the Black Stars within the next 72 hours.

Ghana beat Ethiopia 1-0 at home and lost by the same margin away to South Africa at the FNB Stadium.

Coach Akonnor won four, drew two, and lost four of his 10 games in charge of the team.

The 47-year-old took over from Kwesi Appiah and qualified the team for the delayed 2021 Africa Cup of Nations in Cameroon.

Meanwhile, according to reports, former Black Stars coach, Milovan Rajevac is set to be named as the new coach for the Ghana national team.

The Serbian gaffer is one of three coaches shortlisted for the vacant managerial job following CK Akonnor's sack.

Milovan Rajevac previously coached the Black Stars in 2008 and finished as runner-up at the Cup of Nations in 2010 and narrowly missed out on a semi-final place at the 2010 World Cup to Uruguay.