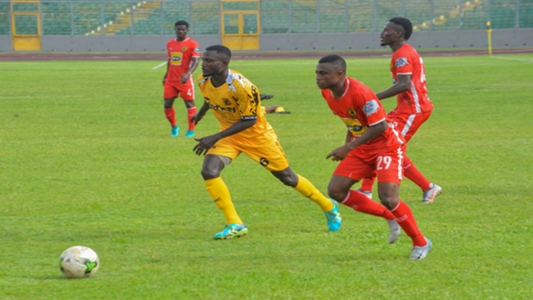 Kumasi Asante Kotoko and Ashantigold have received the backing of the Ghana League Clubs Association (GHALCA) to compete in the upcoming Africa campaign.

Kotoko and Ashgold were settled on as Ghana representatives in the Champions League and Confederations Cup respectively following the termination of the 2019/2020 Premier League due to the coronavirus pandemic.

Both clubs have confirmed their participation in the competitions much to the chagrin of some pundits who aver that it will be a fruitless venture for both clubs.

Mr. Alex Ackumey, the vice chairman of GHALCA in an interview with Kumasi based Silver FM disclosed that, the outfit being the mother body for clubs in the country is in full support of Kotoko and Ashantigold decision to play in Africa.

According to him, it’s a wealthy course for both clubs to accept the challenge in Africa and has assured the clubs of their support prior to the commencement of the competition.

“We know Kotoko and Ashantigold decision to play in Africa received some backlash from Ghanaians. Some people thought that it will be difficult for the clubs to have a fruitful campaign due to lack of football activities”

He continued that, “Kotoko have the pedigree in Africa and it wouldn’t be a good news to play Africa without any Ghanaian club. Kotoko did well last year by securing a money zone berth whiles Ashantigold also did something good”

“So if another opportunity has come they need to grab and fight for the country. There are clubs from the continent who participated on many occasions before they won it. So we believe their decision is good” he said.