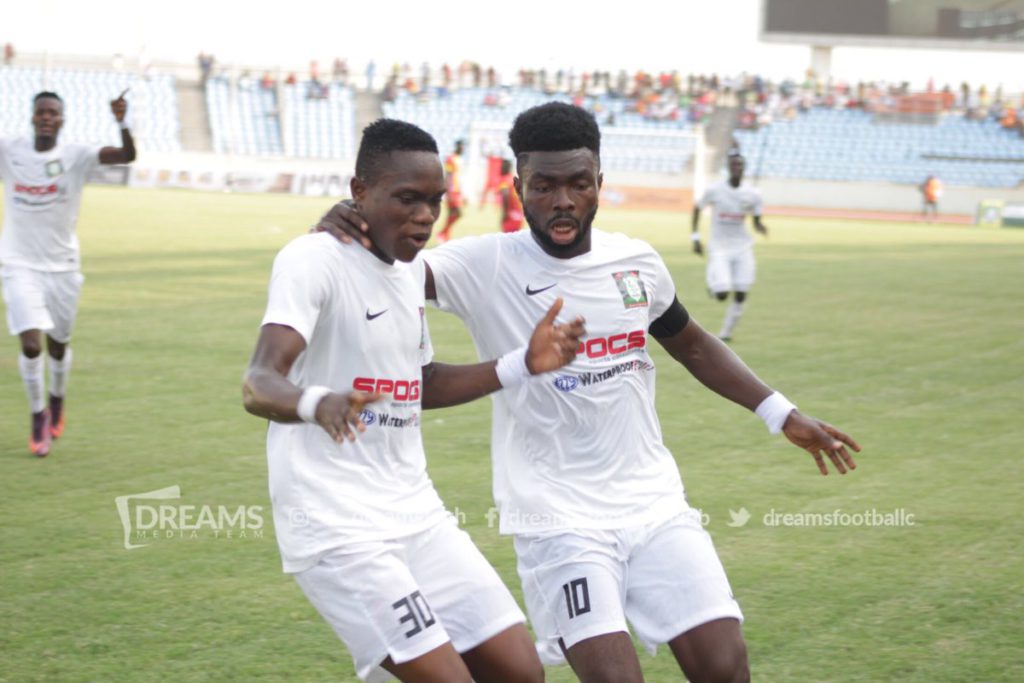 Best player from the just ended GHALCA G8 tournament , Leonard Owusu says he wants to maintain his form ahead of the new Ghana Premier League season.

The sensational Dreams FC midfielder was in top shape in the off season tournament, winning man of the match awards against Kumasi Asante Kotoko and Accra Hearts of Oak.

“Winning the Man of the Match against Kotoko and Hearts is going to be a morale booster for me. As a [young] footballer, I want to achieve greater heights. It’s not going to be the end. With hard work and listening to my coaches, [the] technical team and everybody around me, I think I can achieve that aim” Leonard Owusu said after Dreams beat Hearts 2-1 in the final of the GHALCA G8 tournament.

“Going in to the season, I hope I can keep that form and achieve that height throughout the season. I look forward to working hard and with prayers everything is going to be fine” added Leonard.

The midfielder also spoke about the game itself, indicating it was a good match for the Dawu based side.

“It was a good game for us, the determination, the anxiety and everything was there, from the blast of the whistle. We were more determined than Hearts of Oak, our determination has yielded good fruits” he ended.