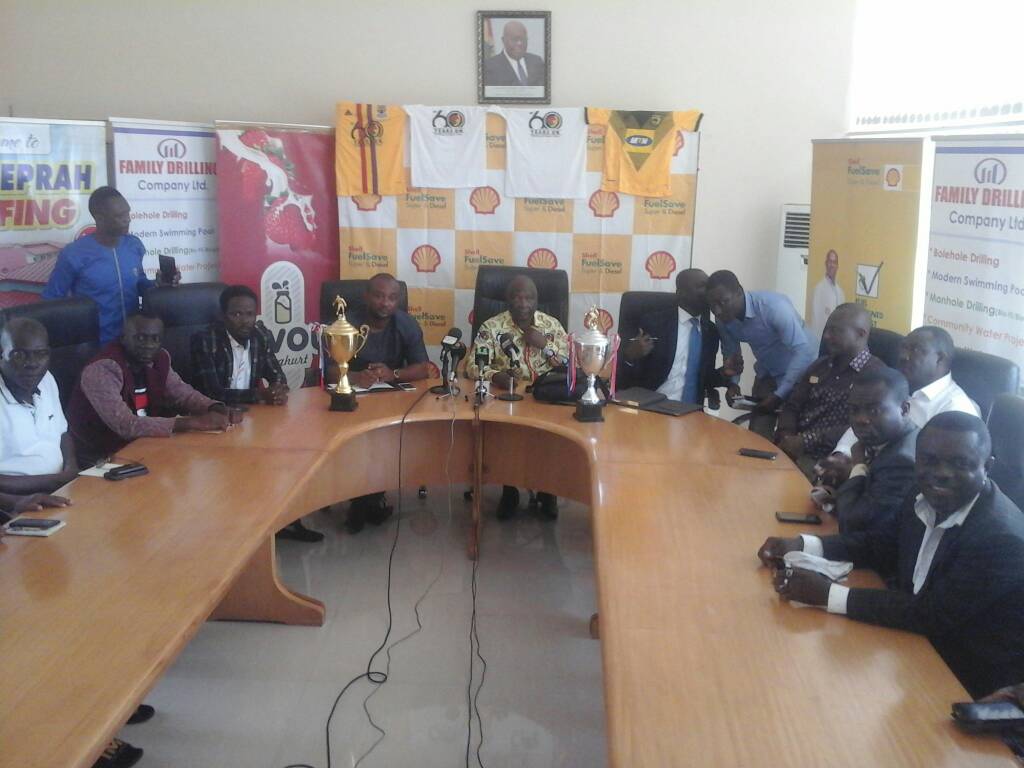 The Ghana @ 60 celebration match between Accra Hearts of Oak and Kumasi Asante Kotoko has been launched at a brief ceremony held at the Black Stars square conference center on Tuesday.

The match is to be played in a two-legged tie, with the 1st leg slated for the Accra Sports Stadium on Monday, 1st May, while the 2nd leg takes place on May 28th at the Baba Yara Sports Stadium.

Chairman of the organizing committee, Ken Amankwah, in his address, announced that the theme for the encounter is "Ghana @60 Years on President's Cup"

"We chose this theme because we believe the nation is moving on to greater heights after this anniversary celebration," he said.

"I'm urging every Ghanaian to come and have a great spectacle of football match."

New coach of the Black Stars, Kwesi Appiah entreats the football populace to throng to the stadia in their numbers and offered his backing to his former side, Asante Kotoko to carry the day.

"It's always nice to have such an occasion when it involves Hearts and Kotoko. Even though people say we are rivals, but for me, off the pitch we are very, very close...the most important thing is to have a great competition, a competitive game on the pitch."

He added, "And for me, this is a match all Ghanaians are going to celebrate and I believe every Ghanaian will come out there in their full support, and make the occasion well attended. I am 100% sure it's not going to be an easy game for my team Kotoko, but we're going to give them a very tough game and show them that we are the real Porcupines.

I entreat everyone to come with their full support and I'm sure it will be fun to watch."

Media Relations Officer of the [email protected] Committee, Jefferson Sackey, in his brief statement said, "My elders and colleagues have said so much about the game but to add a little to what they said, I will implore the general public to come and witness competitive great games between two big rivals."

Winners of the match will pocket a whooping GHC 50,000 whiles Man of the Match will take home a gigantic flat screen Led TV from sponsors Hisense.