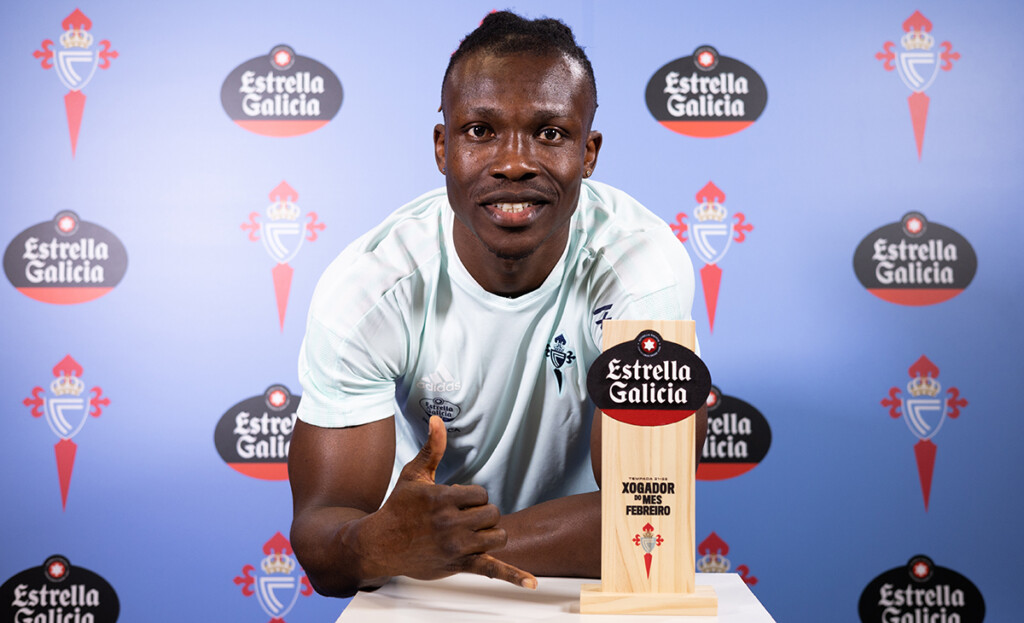 Ghana defender Joseph Aidoo has been adjudged Player of the Month for February following his impressive performance for Celta Vigo.

Aidoo wins the award for the second successive time having won it in January.

The 26-year-old was chosen by the sky blue fans.

He played a key role in helping the club concede only three goals against Rayo Vallecano, Cádiz, Levante, and Atlético de Madrid.

The Black Stars defender thanked Celta Vigo fans for awarding him the award as he also stressed that it is important to him because it rewards his "persistence and gives me strength".

He recognized that it is very special that the fans have chosen him as the best player of the month.

Aidoo recently signed a new contract with Celta Vigo as a reward for his current impressive form.

Courtesy of his contract extension deal, the defender will now stay at Celta Vigo until June 30, 2026.