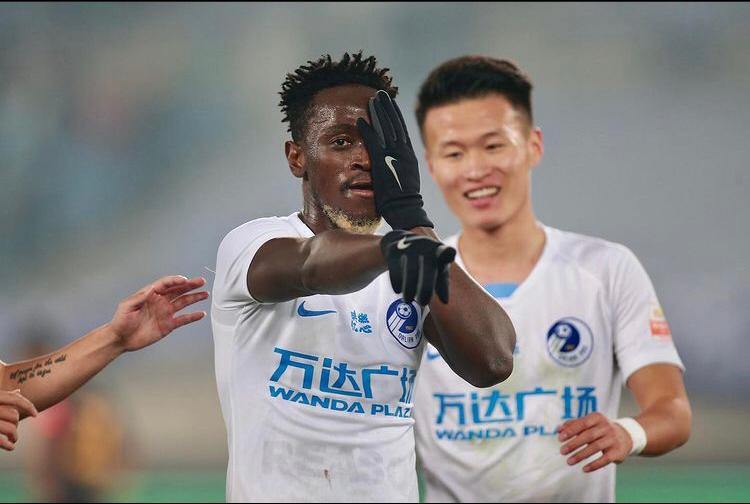 Ghana striker, Emmanuel Boateng equalized from the penalty spot on Tuesday afternoon when he featured for Dalian Pro in the team’s away fixture against Tianjin Teda.

The forward today started for his team when they played as a guest to the matchday opponent of the Chinese Super League at the Kunshan Sports Centre.

In a game that produced four goals, Dalian Pro took the lead after seven minutes when Qianglong Tao scored with an assist from Zheng Long.

Protecting the lead at halftime, Dalian Pro increased their lead in the 63rd minute. Ghana forward Emmanuel Boateng accepted responsibility for an awarded penalty and made no mistake as he scored.

Five minutes later, Liangming Lin netted the third goal for the away team before Magno Cruz grabbed the consolation for Tianjin Teda in added time.

On the matchday, Ghana’s Emmanuel Boateng finished as a star performer for Dalian Pro. He played 82 minutes before he was substituted.