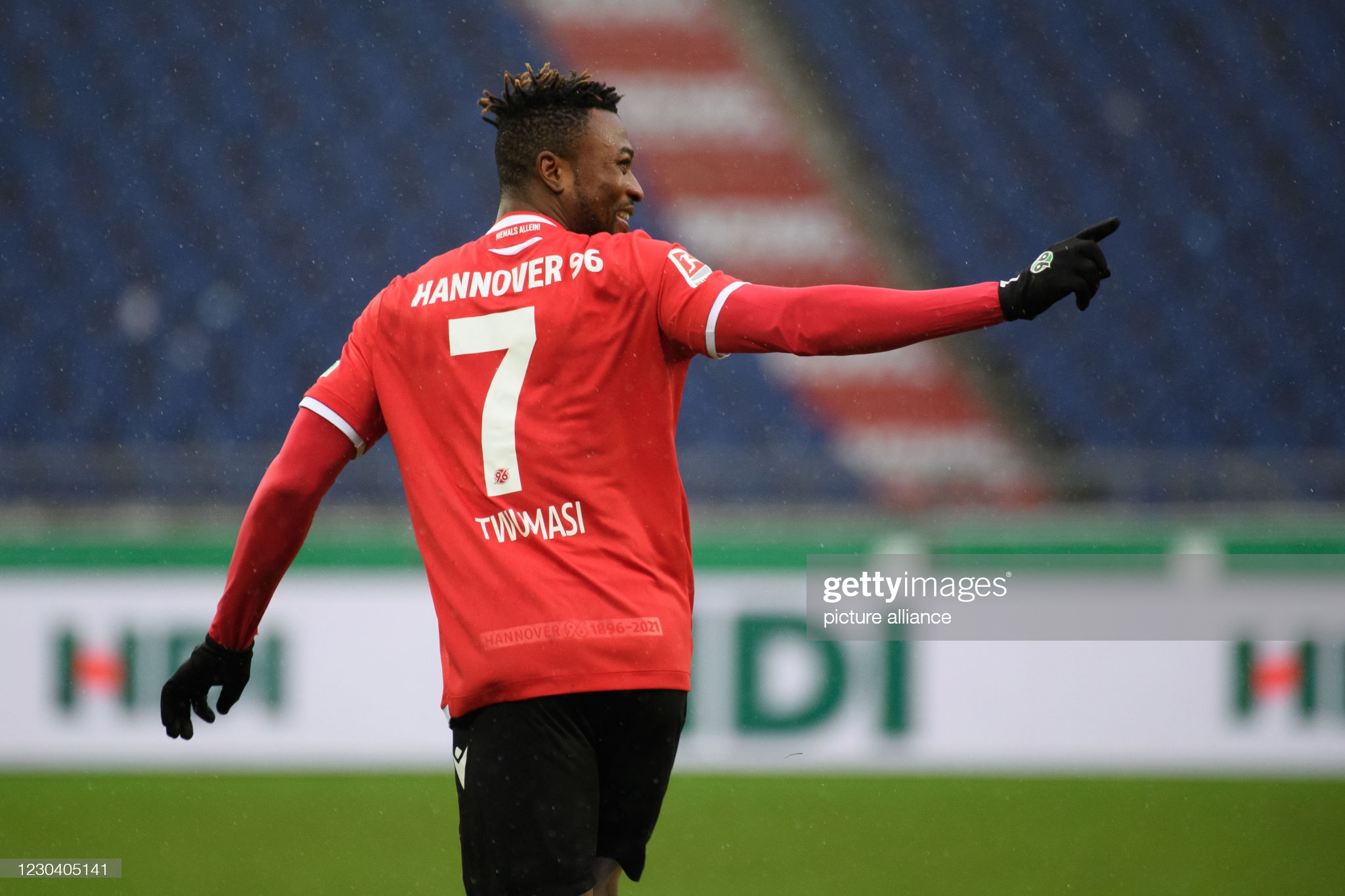 Ghanaian international Patrick Twumasi scored to seal a massive 5-2 win for Hannover 96 against Nuernberg in the German Bundesliga 2 on Sunday afternoon.

The two teams were in action at the Max-Morlock-Stadion today to fight for three points on matchday 17 of the ongoing German lower-tier football season.

Having missed out on a starting role, winger Patrick Twumasi was introduced in the second half when he replaced Valmir Sulejmani in the 65th minute.

Displaying good form to help Hannover 96, the attacker scored with a fantastic effort in the 86th minute after he had been assisted by Florent Muslija.

With other goals from Marvin Ducksch, Timo Huebers, Genki Haraguchi, and Florent Muslija, Hannover 96 cruised to a big 5-2 win at the end of the 90 minutes with Manuel Schaeffler and Johannes Geis netting the consolation for Nuernberg.

Patrick Twumasi, 26, now has three goals in the German Bundesliga 2 plus one assist after making 13 appearances for Hannover 96.