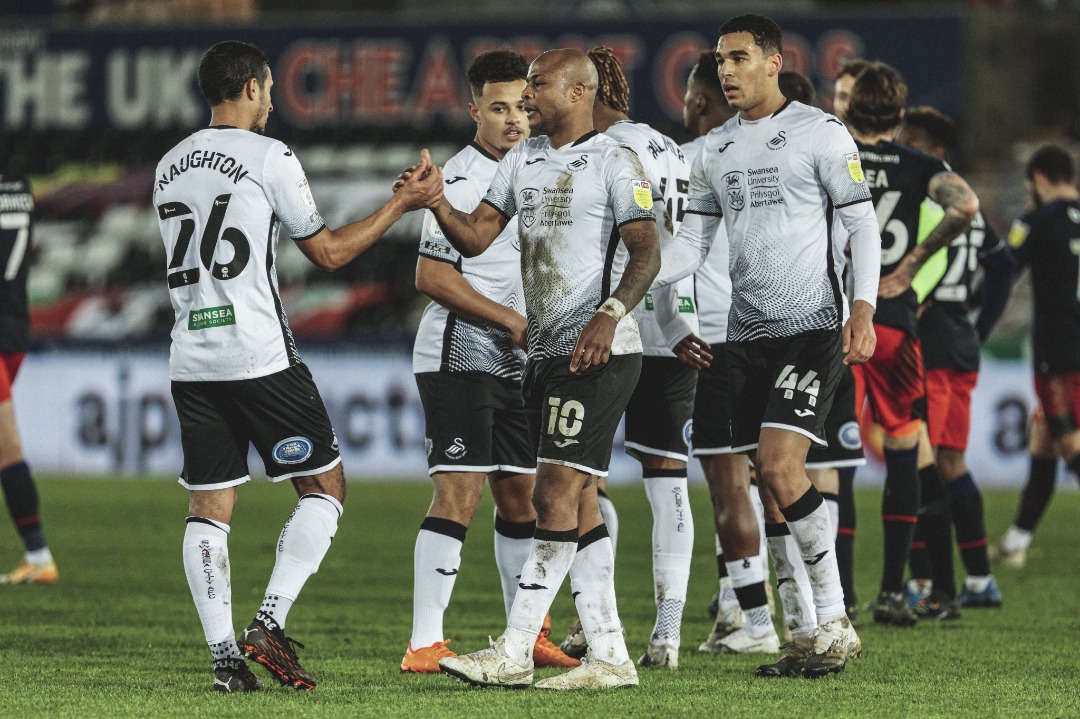 Following a victory against Millwall over that weekend that saw the Swans end a poor run of four matches in the division without a win, they have now set sight on staying consistent.

Today, the team played as a guest to Sheffield Wednesday at the Hillsborough grounds in a crucial fixture as teams battle for points ahead of the end of the 2020/2021 football season.

Having started the match for Swansea City, Andre Ayew assisted his attacking partner Jamal Lowe to score in the 31st minute to give the away team the lead.

With the host failing to show up after recess, a Jay Fulton equalizer in the 73rd minute after receiving a pass from Connor Roberts has powered Swansea City to a vital win.

Andre Ayew and his teammates are now in third place on the English Championship table but will have to win more games to ensure the promotion dreams comes alive.