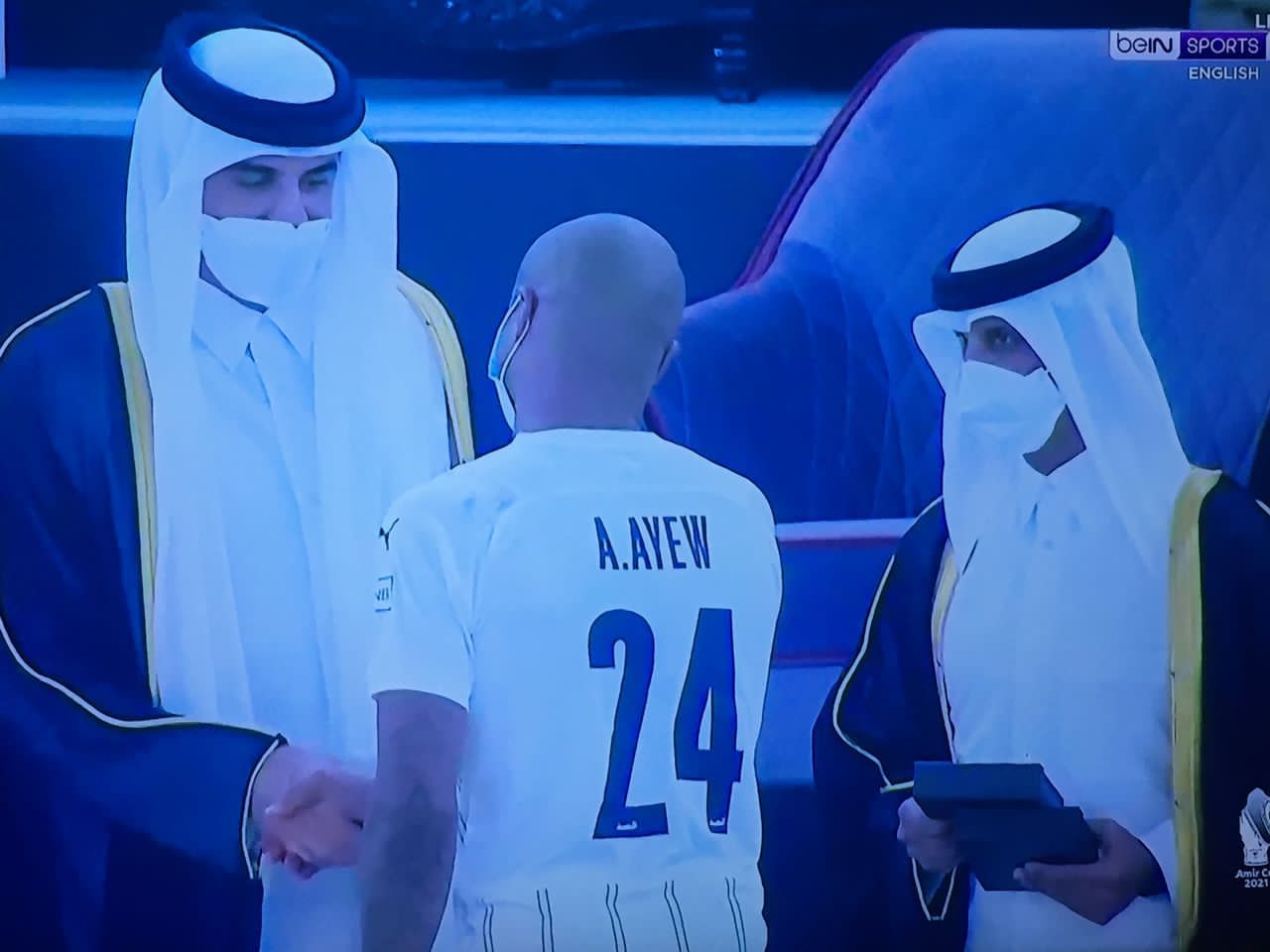 Ghana captain Andre Ayew has won his first trophy with Al Sadd SC after helping the club to lift the Emir Cup on Friday evening.

The experienced forward joined the Qatari champions in the summer on a free transfer after ending his stay in England where he played for Championship side Swansea City.

Since the start of the 2021/2022 football season, Andre Ayew has displayed outstanding form and already has six goals to his name.

Today, the Black Stars captain was called into action when Al Sadd SC faced Al Rayyan in the Amir Cup.

In a game that produced a lot of excitement, Yacine Brahimi shot Al Rayyan into the leader in the final minutes of the first half.

Later in the second half, Al Sadd SC came in strong and managed to equalize through Santi Carzola in the 58th minute.

With the game ending in a draw, Al Sadd SC went on to win 5-4 on penalties to be crowned champions of the 2021 Emir Cup.

Andre Ayew who lasted 80 minutes of the game today has hence won his first trophy with his new club.