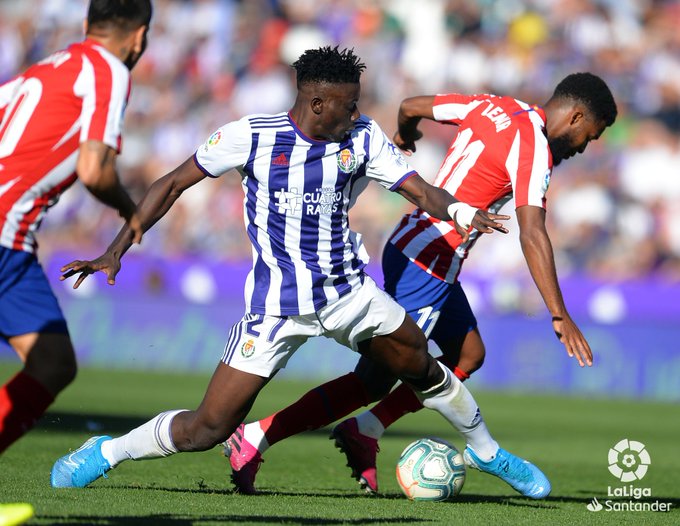 Ghanaian international Mohammed Salisu emerged as the ‘Man of the Match’ by fans of Real Valladolid when they played a goalless draw against Atletico Madrid over the weekend.

The highly-rated center back was handed another start for his side on Sunday when they hosted the Madrid-based club to the Estadio José Zorrilla on match week 7 of the Spanish La Liga.

Having dealt with the attacking prowess of Valladolid’s opponent, Mohammed Salisu was voted the man of the match by the team’s supporters.

He was solid at the back and played a key role to ensure he worked together with his defensive partners to neutralize the quality of strikers Diego Costa and Alvaro Morata.

His numbers at the game reveal he made 40 touches, 30 correct passes, won six duels, as well as three important tackles that contributed to his side’s clean sheet.

At the end of the match, Salisu beat competition from Joaquín Fernández and Nacho Martínez who equally excelled for Valladolid on the matchday.

He continues to enjoy a good start to the 2019/2020 season and has attracted interest from some of the top clubs in Europe.