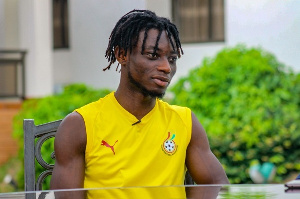 Both teams have expressed interest in getting the services of the former West Africa Football Academy (WAFA) player.

According to reports, they have all started talks with Mensah’s current club Red Bull Salzburg.

With Ghanaian defender Abdul Mumin joining Guimarães last week, it is highly possible Mensah will join the side as both players are managed by HC Talent Group.

Mensah who already has two national team caps spent last season at Belgium side Zulte Waragem where he was on loan from Austrian side Red Bull Salzburg.