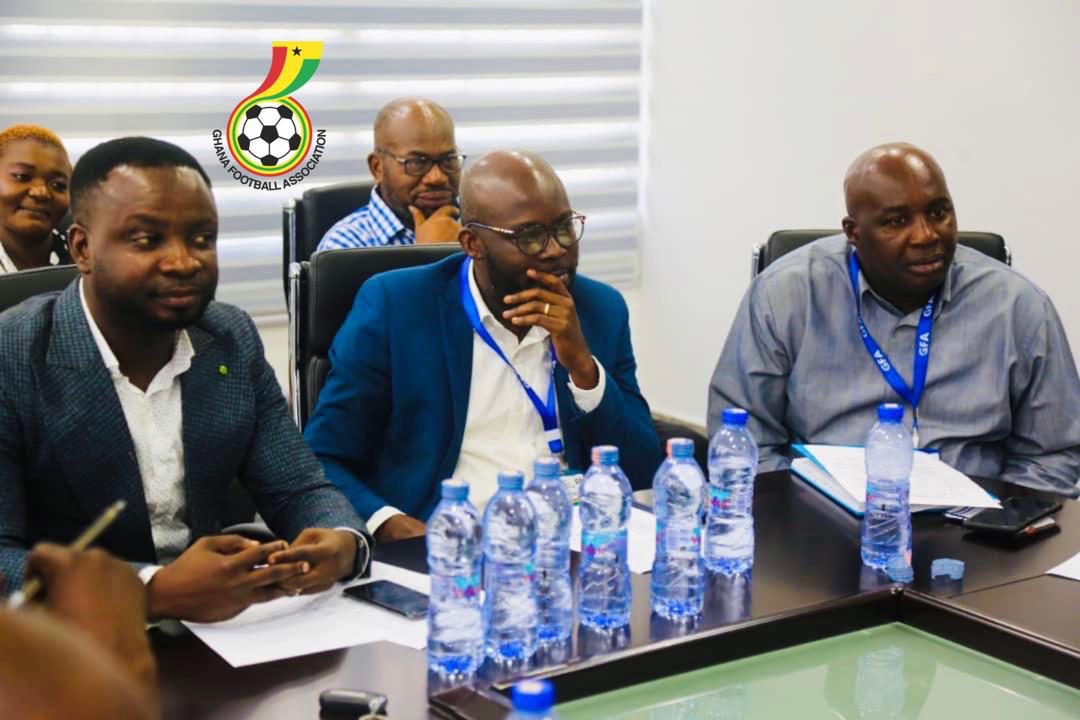 The Ghana Football Association met the 18 participating Clubs in the Ghana Premier League on Tuesday afternoon to discuss relevant issues in relation to the ongoing league season.

The issues that were discussed at the meeting included officiating, the StarTimes broadcast rights deal, integrity issues amongst others.

On the StarTimes broadcast deal, premier league clubs were informed that the total amount expected from StarTimes for the 2019/20 season is $700,000 out of which each Club will receive an amount $30,000 (18 X30 Clubs= $540,000). The remaining amount will be used to partially support administrative, the merit awards for positioning on the league table and officiating expenses.

Clubs were also officially informed that the total cost of officiating for the season (Referees and Match Commissioners) is GHc1,377,000

The GFA reminded the Club Officials that Head Coaches are mandated to attend Post match Press Conferences after every league match and also advised to ensure that Coaches and players conduct Pre-match press conferences ahead of matches.

The Club Officials were also told that the Referees Committee as part their functions have been reviewing the league matches and made recommendations for some Referees to be sanctioned or commended.

The meeting also discussed the role of the GFA Compliance and Integrity Officer. The GFA Compliance and Integrity Officer has been engaged to deal with all integrity-related legal matters, betting as well as match-fixing and match manipulation. The GFA advised Club Officials to desist from having any form of contact with match officials and also report any match official who contact them.

In addition, the GFA President stated that there is an ongoing investigation into activities of Clubs, Club Officials and Match Officials with respect to match fixing and betting issues as well as issues of under declaration of gate proceeds.

The General Secretary also reiterated the details on the MTN FA Cup competition and the amount Clubs are expected to receive at the Round of 64 stage of the competition as he had earlier provided at the draw.

Following the formal announcement of Commissions on Sponsorship, the GFA informed clubs that the Association was positive of securing sponsorship from Corporate Ghana and support from Government agencies.

The GFA urged all stakeholders to continue in their quest to advance the progress made so far in the league.