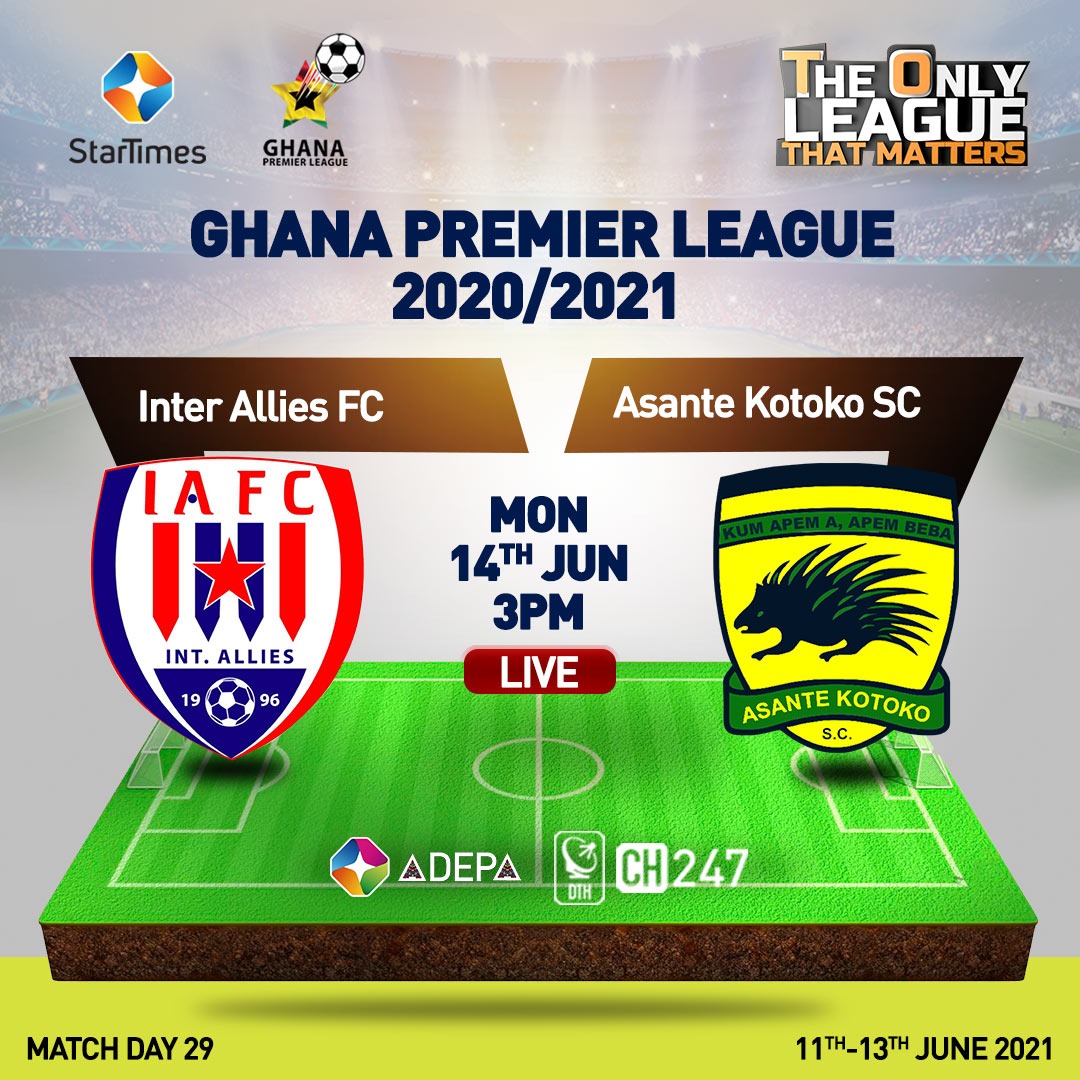 The Ghana Football Association (GFA) has announced that the matchday 29 fixture of the Ghana Premier League between Inter Allies FC and Asante Kotoko has been rescheduled from June 12 to June 14, 2021.

“The match which was earlier scheduled for Saturday, June 12, will be played at the Accra Sports Stadium early next week,” a communique on the GFA website has said today.

The communique continues, “Other matches will be played as earlier announced in the season’s fixtures.

“All stakeholders are to take note of this change accordingly.”

Tied on 50 points with Hearts of Oak at the summit of the league table, Asante Kotoko will hope to record a win next week to boost their chances of winning the league title at the end of the ongoing season.