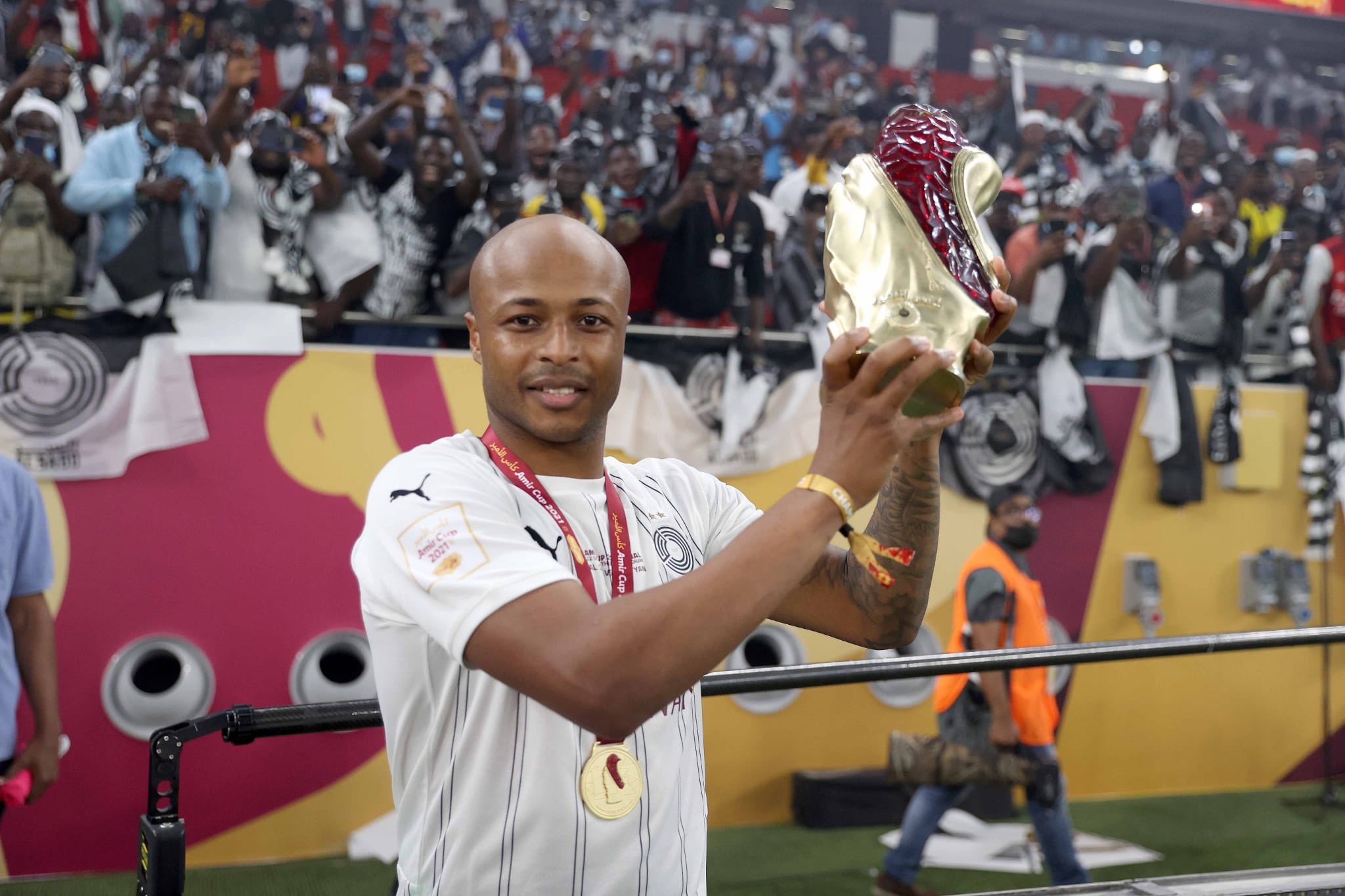 Ghana captain, Andre Ayew has set his sights on winning more trophies with Al Sadd SC after bagging his first laurel on Friday.

The Black Stars attacker was in action for his new club on Friday night when the team drew 1-1 with Al Rayyan in the Emir Final.

With the game travelling into penalties, Al-Sadd SC won 5-4 to be crowned champions as Andre Ayew lifted his first trophy in Qatar.

Speaking in a post-match interview, the former Swansea City man expressed his delight while noting that he aims to win more titles with Al Sadd SC.

“I am very happy with the wonderful atmosphere in the final of the tournament, and at the Al Thumama World Cup Stadium.

“I am very happy to get my first championship with Al Sadd, and we need to continue with the same strength in order to win more championships,” Ayew said after the victory.

The experienced forward added, “We worked very hard to achieve our goal, which is to seize the trophy dear to the hearts of the staunch fans.

“The celebrations must be ended as soon as possible, so that we prepare for the upcoming benefits, and strive to achieve many championships.”