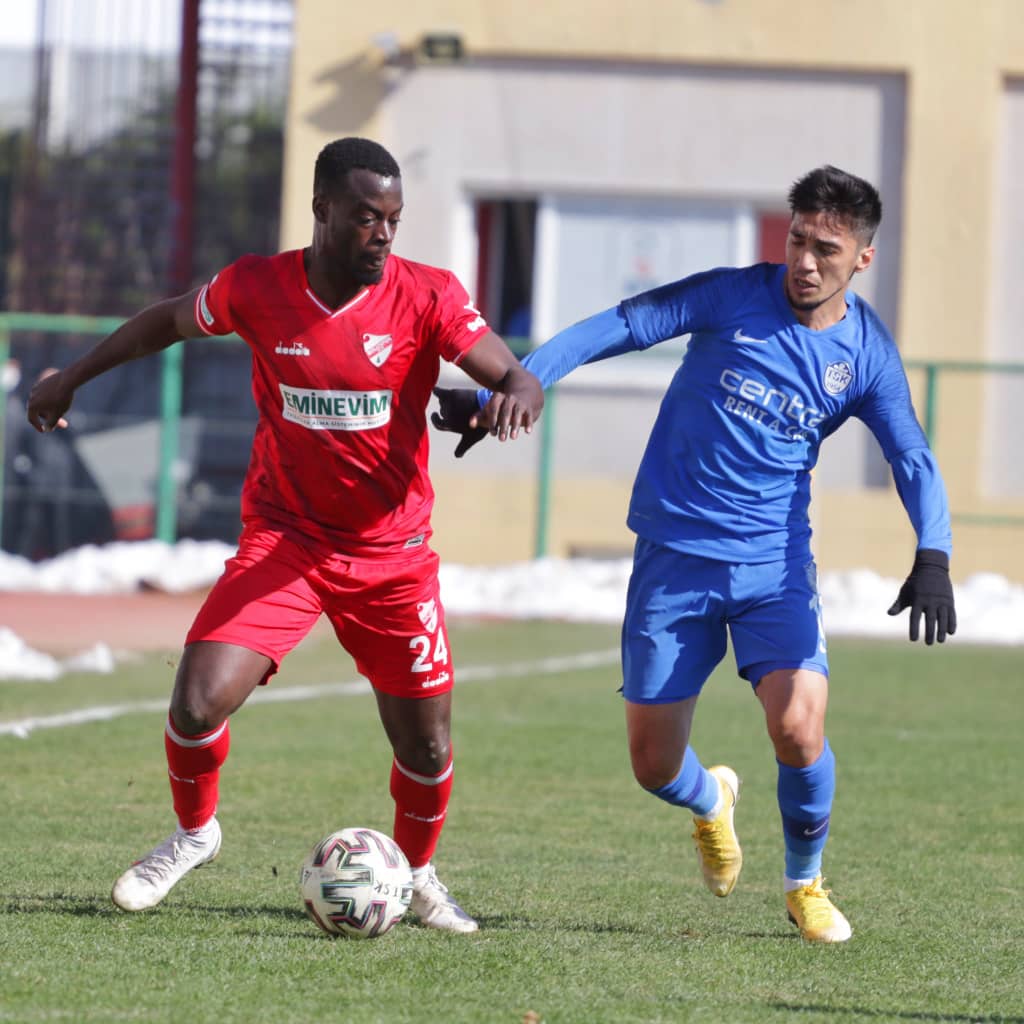 Ghana forward, Edwin Gyasi was impressive on Sunday in Boluspor all-important away win against Tulza.

Boluspor, who struggled in the first half of the season have been in good form in the second round of the Turkish TFF League 1.

Aykut Demir scored the only goal of the game on the 59th minute at the 15 Temmuz Stadi.

The win has sent Boluspor to the 15th position with 22 points.

Gyasi, who joined the club on loan from Samsunspor in the second half of the season played 87 minutes of the game and was impressive on the pitch.

He is expected to play a key role for the club in their bid to maintain their TFF League 1 status.

Gyasi has featured 5 times for the Boluspor.