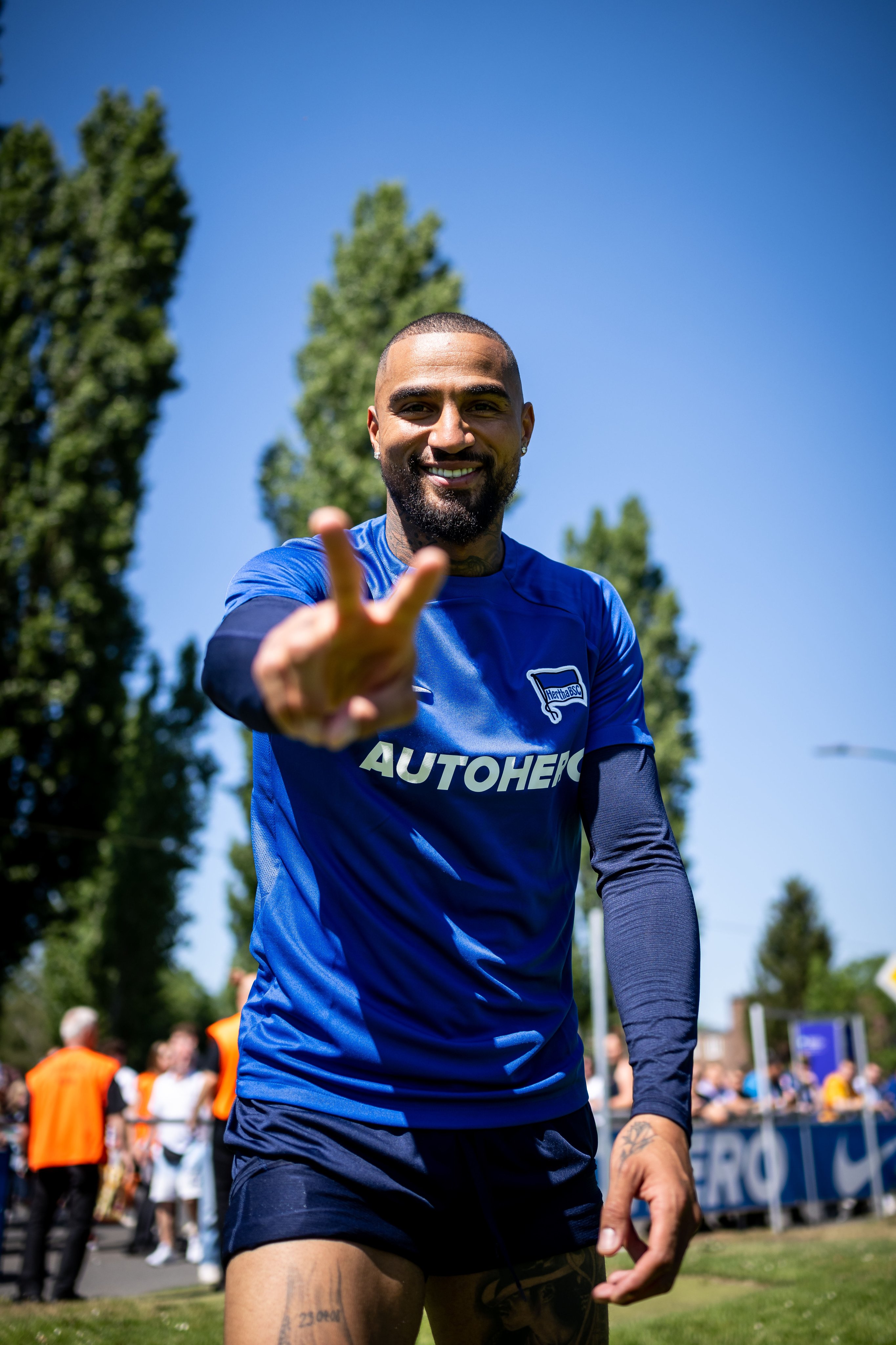 Ghana international, Kevin-Prince Boateng has stepped up pre-season with his Hertha Berlin teammates as the team pushes to have a successful campaign next season.

The veteran attacker last season returned to his boyhood club after deciding to end his stay in Italy where he played for Serie B side AC Monza.

On his return to the German Bundesliga, KP Boateng had problems with injury but came good in the relegation playoff.

He used his quality to help Hertha Berlin and propelled the team to avoid relegation eventually.

Although his contract ended at the end of the 2021/22 football season, KP Boateng has been handed a new deal as a reward for his performance last season.

Today, KP Boateng has been signed onto a contract extension deal that will see him stay at the German Bundesliga club until June 2023.

Earlier in the day, the veteran was spotted all smiley at pre-season training. He has his sight set on helping the team to have a successful campaign during the 2022/23 football season.