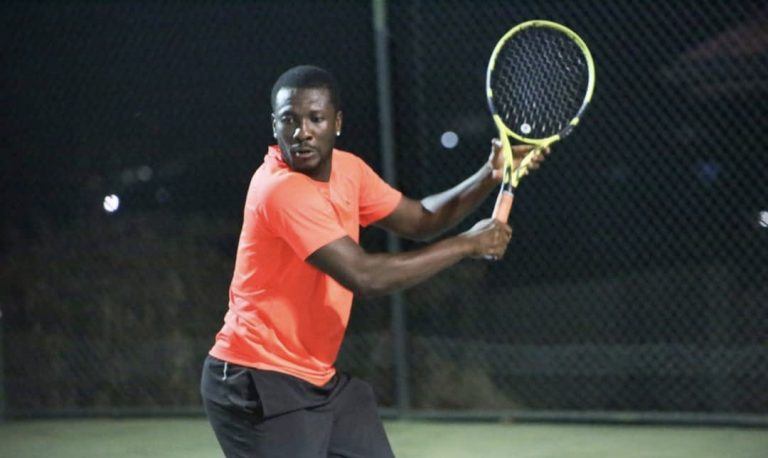 Former Black Stars Captain, Asamoah Gyan who has of late been playing lawn tennis has disclosed that he wants to support the top players and motivate then to shine in their chosen field of sports.

Gyan’s Baby-Jet Promotions partnered MANCWA Commodities to organize the recent Top 16 Invitational tourney at the Army Officers Mess at 37, Accra said he just wants to support and raise the image and standard of tennis in the country as there are some wonderful players who must be inspired.

Speaking to the media at the tennis event on a penultimate day, he expressed that tennis is not popular like in the past, and the current players need to be pushed to go high.

“I’m appealing to the media to give tennis attention a bit”, he stressed.

He said although “football is the number one sport and we respect that, tennis “is my second love, this is what I am doing now,” Gyan stated.

Black Stars all-time top goalscorer believes helping others to get exposure with their talent is the way to go.

The prolific striker revealed that the plan is to unearth talents in tennis, as he has witnessed some impressive performances.