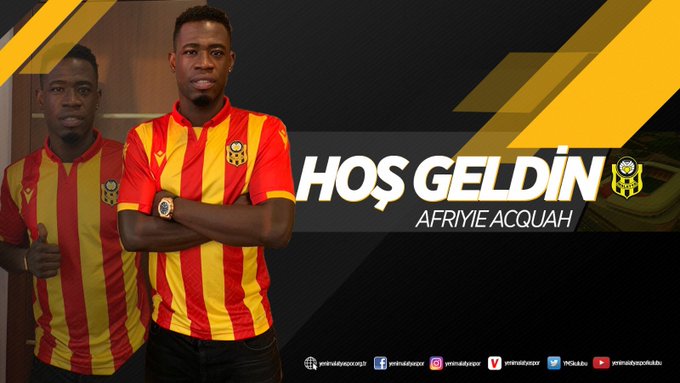 Ghanaian international, Afriyie Acquah has stressed that it is his desire to help his new side, Yeni Malatyaspor to qualify for any of the UEFA inter-clubs competition at the end of the 2019/20 season.

The Black Stars midfield enforcer penned a two-year contract with the top-flight side this summer on a free transfer after leaving Italian Serie A side Empoli.

In a recent interview, Afriyie Acquah has reiterated that he wants to do his best to help Yeni fight for qualification to the UEFA Champions League to help the progress of the club.

“I have some information about the team from last year. The team finished 5th last year. I came here this year. Maybe we can qualify for the UEFA Champions League to help the team and my teammates to move higher”, he said.

“We talked to the coach. I feel physically ready. If he gives me the chance, I will do my best”.

The Ghanaian mared his debut last Sunday when his side lost 3-2 to Alanyaspor. He is expected to be key for Yeni throughout the season.