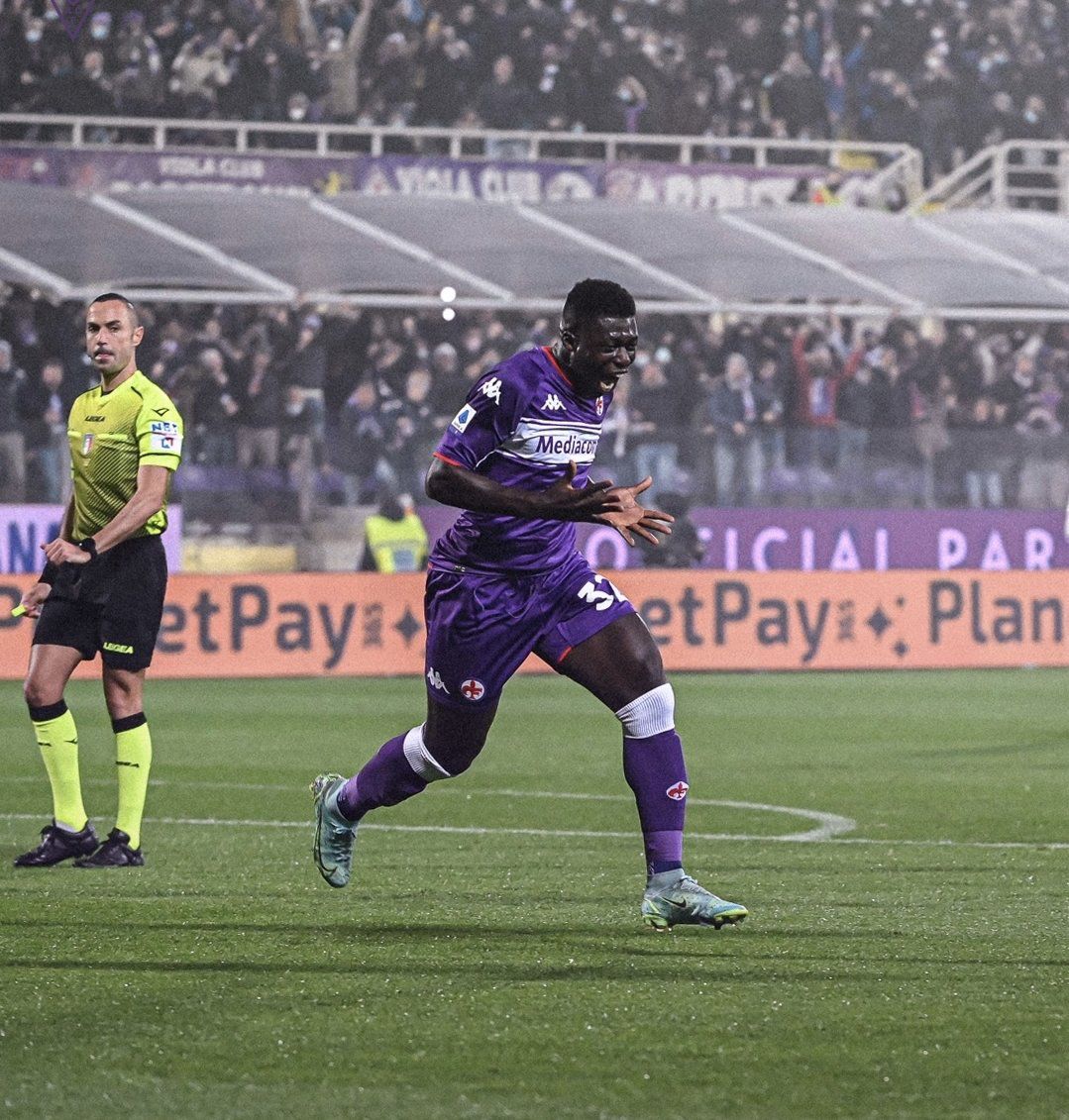 Ghana international, Alfred Duncan was on target for his Fiorentina outfit on Saturday night when the team defeated AC Milan 4-3 in the Italian Serie A.

The midfielder despite starting the new season slowly has now picked up and is gradually cementing a place in his team’s starting eleven.

Yesterday evening, he was in action for the Viola club when they locked horns with in-form AC Milan.

In what was a home match for his team, the players fought hard to cruise to a deserved victory.

On the matchday, Ghana’s Alfred Duncan scored in the 15th minute to open the scoring for his team.

Later before the first half ended, Ricardo Saponara equalized to double the lead for Fiorentina.

Although Zlatan Ibrahimovic would score twice for AC Milan in the second half, Fiorentina stayed resolute and managed to secure a win thanks to a brace from Dusan Vlahovic.