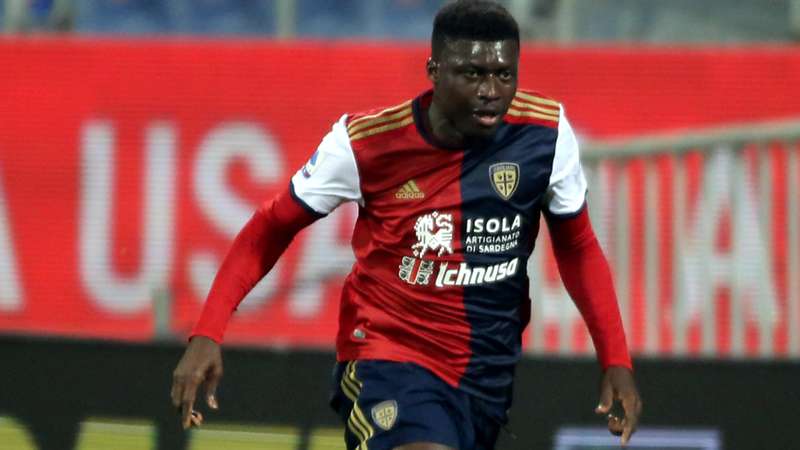 Ghana midfielder Alfred Duncan has lifted the lid on why he completed a move from Serie A side Fiorentina to Cagliari in the on-going winter transfer window.

Duncan penned a six-month loan deal with The Islanders on Sunday, making his debut just a day later in a 2-0 loss to AC Milan.

The transfer includes an option of a permanent move at the end of the season.

"Cagliari? They made me feel important again. I'm here to offer my contribution to the team, to give my all to honour this jersey. I have come to the right place," the  told his new club's official website.

“In addition to the coach, whom I already knew from Sassuolo, my decision was influenced by other components: the president, the sports director, and my teammates also strongly wanted me. All this gave me an extra boost: they made me feel important, it was what I needed.

“In recent months I have not played much and I have suffered a bit: now I want to redeem, to start having fun doing what I like best.

"Working with Mr Di Francesco, a coach who knows my strengths and weaknesses will help me improve as it has already happened with him in the past: I will try to learn even from the most experienced teammates. I'm in the right place."

Duncan made only four league appearances for Fiorentina during the first half of the season, having joined the club from Sassuolo in January last year.

“I am a footballer who makes dynamism one of his main characteristics: I have running, body, technical and tactical skills," Duncan added.

"I consider myself someone who learns quickly and I still have a great desire to improve myself. I am a team man: I want to give my best to help my teammates.

"For me, the greatest satisfaction is when the team achieves results. I'm here to defend this club, this shirt: I will do my best to honour it and bring Cagliari as high as possible."