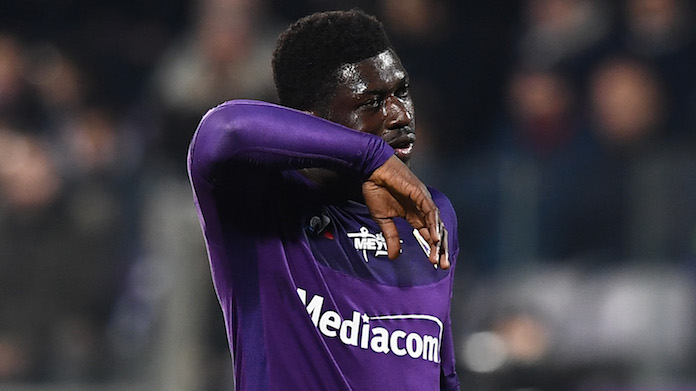 Italian Serie A side Cagliari Calcio are on the verge of signing Ghana international midfielder Alfred Duncan from ACF Fiorentina in this January transfer window.

Duncan, who has endured a torrid time with AFC Fiorentina has been linked to several clubs in Italy.

According to reports, Eusebio Di Francesco, who is the head coach of Caglari wants to reunite with the midfielder at the Sardegna Arena after spending time together at US Sassuolo in the Italian top-flight.

A report by TMW says Duncan has already agreed personal terms with Cagliari and that he is now waiting for the final outcome of negotiations between both parties.

Duncan has so far featured in 4 league games for the Stadio Artemio Franchi outfit in this term's Serie A league campaign.