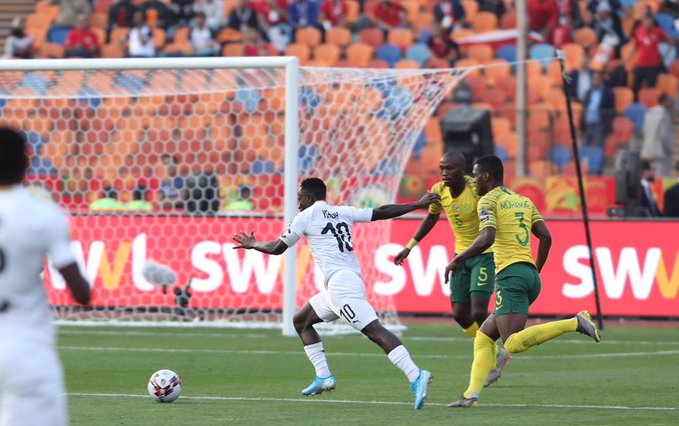 Ghana’s hopes of qualifying for the Tokyo 2020 Olympic Games suffered a setback after a penalty shoot-out defeat to South Africa in the quarter finals of the Africa U23 Cup of Nations in Egypt.

After a 2-2 draw in regulation time, following south Africa's dominance yielded the opening goal in the 15th minute when Ghana defender deflected a low cross from into his own net.

Ghana scored a late equalizer through Evans Mensah's fine cross that fell to Samuel Obeng who made no mistake to score and restore parity yet again five minutes from time. The game was sent directly to a penalty shootout to determine the winner.

He made some important saves to deny South Africa who looked good in front of goal and also saved one penalty in the shootout.

He was missing from action, most his passes and crosses were invalid as he constantly missed his target

After having poor 90 minutes of action,  had one of the poor penalty kicks of the tournament.

He scored an own goal to put south Africa in the lead,  was substituted in the early minutes of the  second half

He lost to Mark his target

Looked good in midfield but wore out as the game went on. He scored his penalty in the shootout.

Started the game well but made some poor decisions later in the game.

He caused less problems for the south African defense with no shot on target.

Was full of running and capped off a positive performance with a well taken equalizer. His good skills and pace gave Ghana's second goal