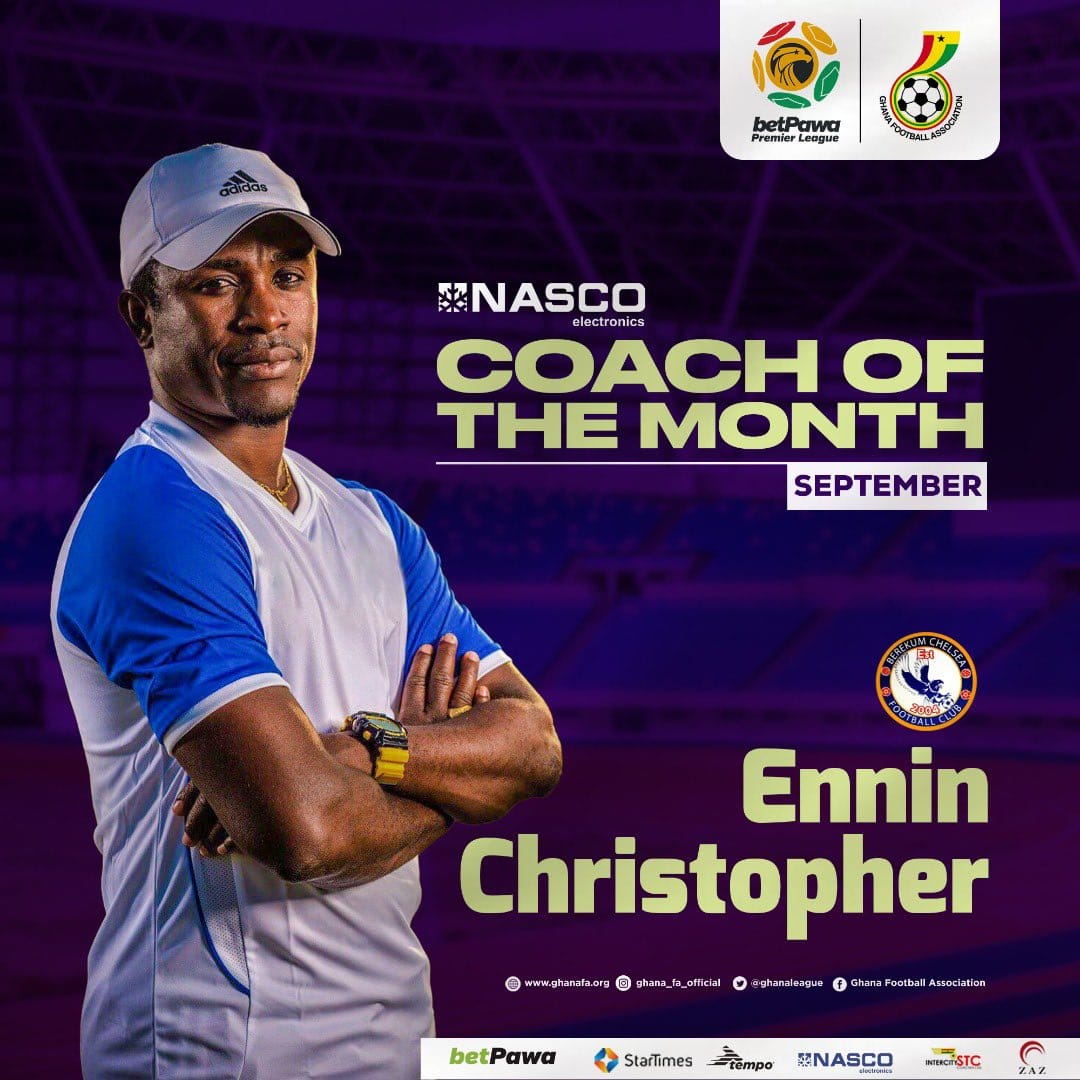 The Ghana Football Association (GFA) has announced the winner for the September Coach of the Month for September.

The 2022/23 league campaign progressed well last month but has unfortunately been suspended.

Reflecting on the performance of teams from the first three matches, the Ghana FA has named the winners of Player and Coach of the month respectively.

In a post on Twitter, the football association has disclosed that Berekum Chelsea head coach Ennin Christopher is the winner of the Coach of the Month award.

Meanwhile, Aduana Stars midfielder Kwame Adom Frimpong has also been named winner of the Player of the Month.