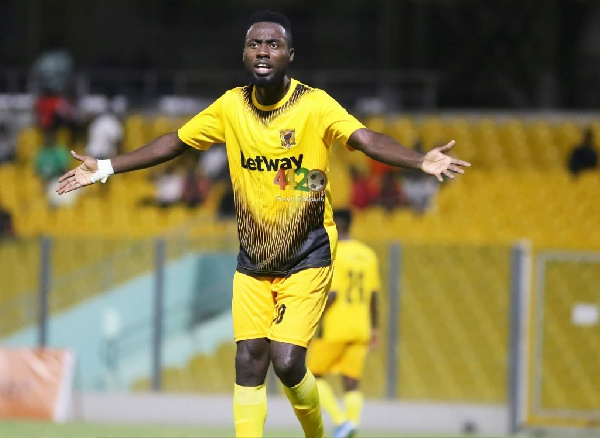 A chunk of Ghanaians has raised concerns about the poor state of pitches and rampant departure of players from the local league.

In an interview with Koforidua-based Bryt FM, the former Kotoko and Ashantigold left-back indicated competition has been high but said lack of good playing pitches and befitting stadia is undermining the game.

“The Ghana league is no more attractive because of lack of good pitches. Player exodus has also undermined the league. At the moment, if Barcelona and Real Madrid should play same time as Kotoko and Hearts of Oak, it will be difficult for the fans to attend to ours because people do not give attention to the local league anymore”

In making the league attractive, Donkor suggested there should be good pitches and good salary structure for players in order to prevent the rampant exit of players from the local league.

Donkor believes the local league will be attractive if the aforementioned points are addressed.

“It is the dream of every player to attain a greater height. To me, players would have wished to stay and play in the Ghana Premier League if it were to be attractive. The likes of Asamoah Gyan, Muntari and Inkoom are back, however, if we are able to brand our local league well, I don’t think players will leave the local scene to the Ethiopia’s, Cameroon, Iraq and others”

“What I know is that, they have a good system than us and this propel players in the country to leave for greener pastures. Player exodus is a major challenge for the local league but you can’t always blame the leadership considering our economy”

“Recently, some teams were attacked due to late travel and this is a result of lack of funding from the clubs. They can’t afford hotel bills and others, and must return after games”

“Again, salary of players are nothing to write home about, players are not paid on time and this is a major challenge for the local players. Our pitches are also a factor and I believe with good pitches, we can play good football to attract fans and corporate bodies to support the clubs but without all these, I don’t think corporate bodies will be willing to come on board”