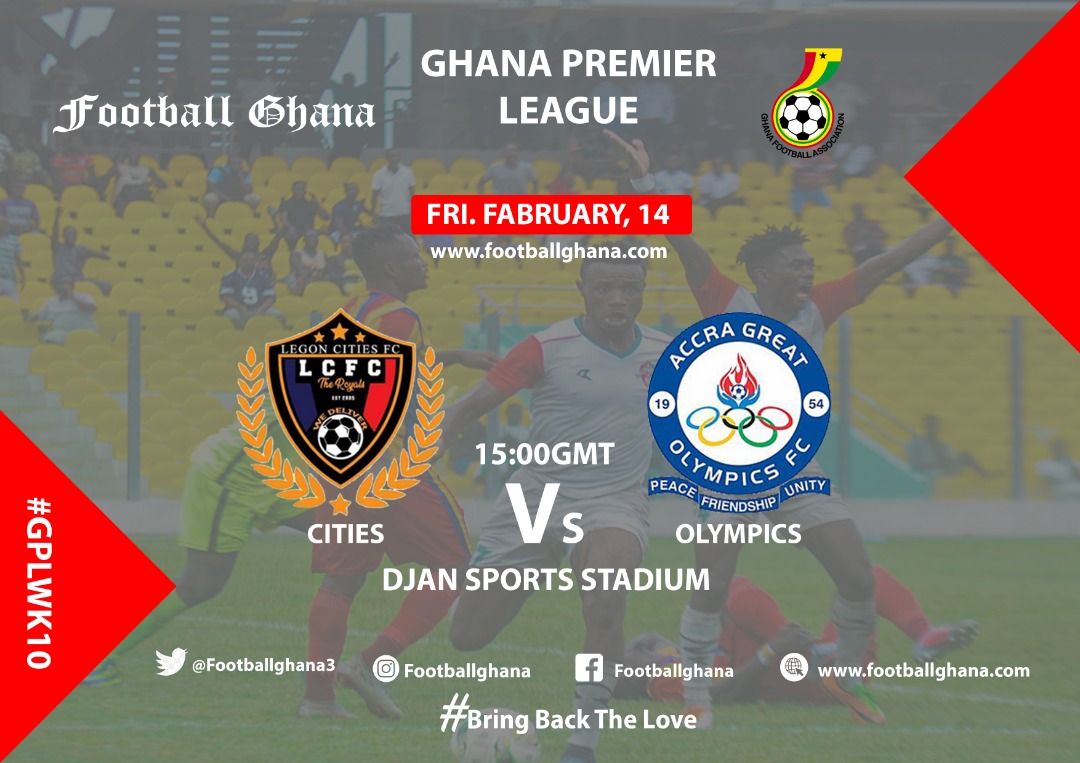 Legon Cities search for their third home win as they prepare for a clash with Great Olympics at the Accra Sports Stadium.

Legon Cities are slowly making headway in the league after initially going winless in their five opening games.

The Royals have now won two in their last four and have recorded one loss during that period (W2 D1 L1). Goran Barjaktarevic’s side have clinched both their wins at home.

They do however have some worries. They currently have 10 points in nine matches, just one point above the drop zone and have conceded 11 goals so far, over one goal conceded per game.

They have only found the net on six occasions signaling a need for improvement. They will aim to get their third home win as they play host to Great Olympics.

Great Olympics have been on a roller coaster. The Oly Dade boys after going on a three game losing streak have showed signs of a positive change, winning three of their last five games. They however experienced a setback on matchday 9 with a loss against Eleven Wonders.

Their objective now is to get back to winning ways against Legon Cities in a stadium they also call their home.

On head-to-head basis, the two teams have clinched two wins each and scored three goals each.