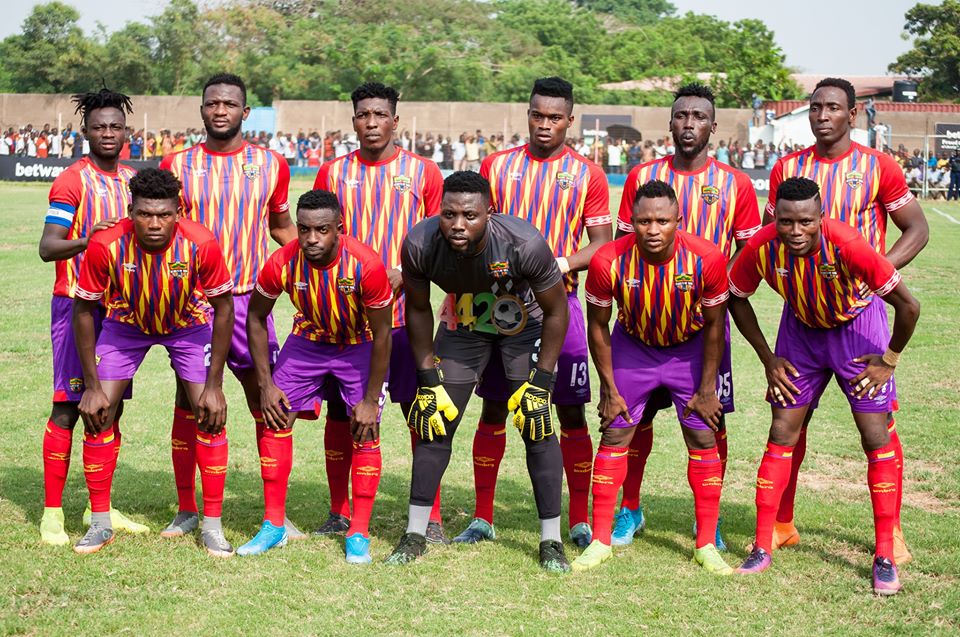 Hearts of Oak are aiming to extend their unbeaten run as they await Elmina Sharks at the Accra Sports Stadium on Sunday.

The Phobians have won two of their last five league matches (W2 D3) including a massive 1-0 win over Dreams FC in Dawu.

Edward Nii Odoom’s side have been quite strong away from home this season but need an improvement on their home form. They have won just two of their five home games so far (W2 D1 L2).

They are currently 9th on the table with 16 points and a win over Elmina Sharks will be a huge boost.

Elmina Sharks are on a good run and hope to keep it going. They have won all of their last three games in the league. They recorded a huge 3-1 win over Berekum Chelsea on matchday nine before going on to beat Medeama 2-1 away from home.

They then beat Ebusua Dwarfs 1-0 on matchday 11. Yaw Acheampong’s men are 7th place with 17 points and a positive two goal difference.

In their last three meetings, the two teams have won one each and drawn one.