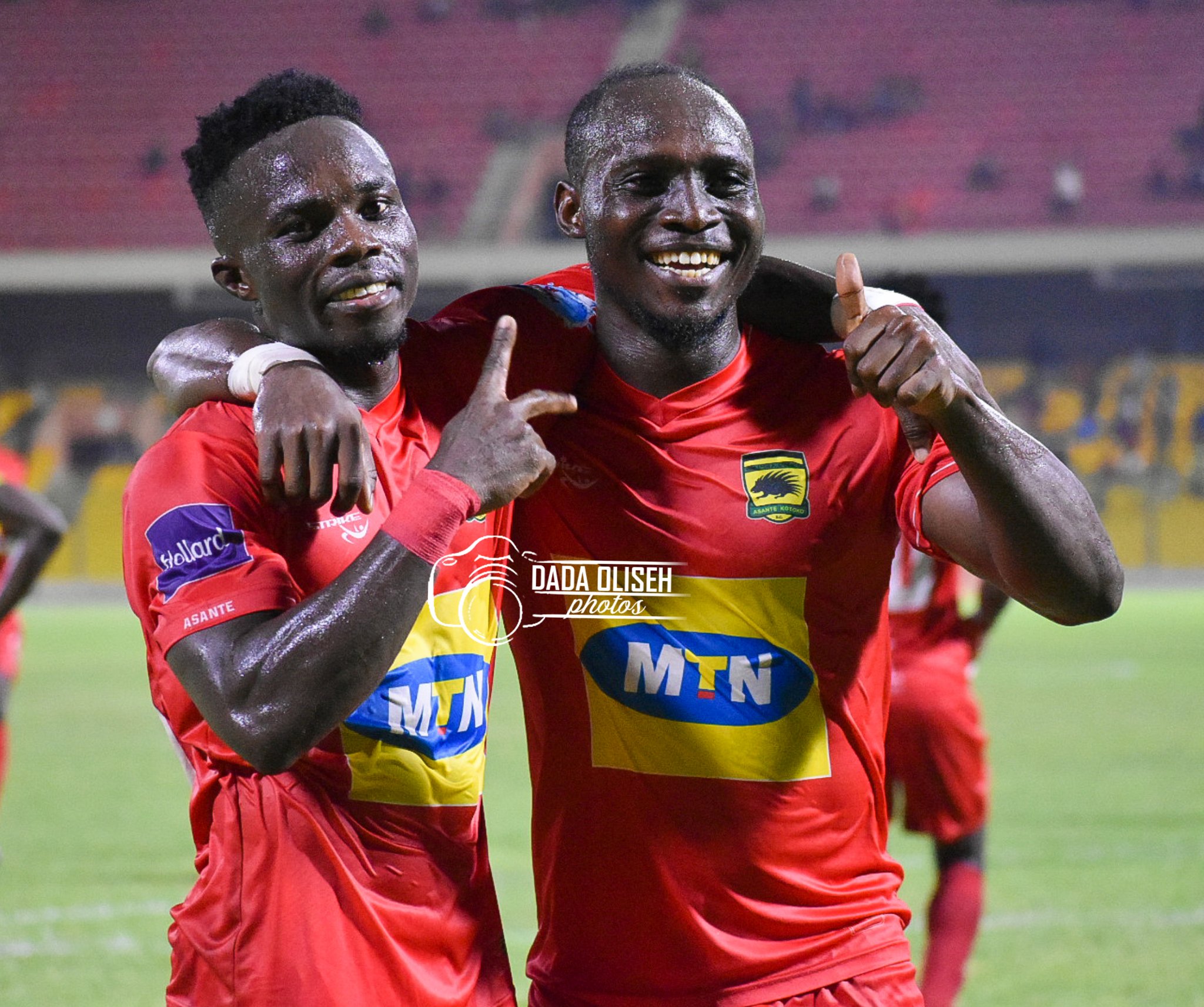 The Porcupine Warriors were on the back foot but managed to earn a comprehensive 3-1 victory over the Hunters at the Accra Sports Stadium.

The Hunters took the lead in the 21st minute through Hafiz Konkoni. The forward received a headed ball close to the six yard box and happily slotted it in. Kotoko got close to equalizing when referee, Kenny Padi awarded them a penalty only to overturn it a minute later.

They were not to be stopped and managed to get their equalizer in the 35th minute. Martin Antwi was at the right place to tap the ball home following a terrible mistake from Prince Asempa.

Kotoko then went ahead in added time. The goal was synonymous to the first. Prince Asempa makes another mistake and Augustine Okrah was there for the easy tap in.

Kotoko did not stop there. Ibrahim Imoro scored a brilliant free kick to get a two goal cushion for the hosts in the 56th minute. The misery for the visitors continued as Charles Bosompem was given his marching orders for a second bookable offence.

Kotoko are now 2nd on the log with 21 points and Bechem are 7th with 17 points.