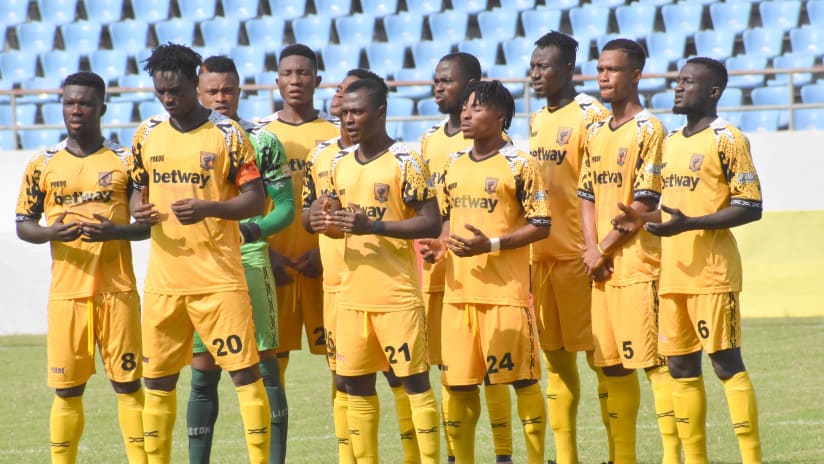 AshantiGold aim to get back to winning ways as they prepare for a showdown with the Hunters at the Len Clay Sports Stadium on Wednesday.

The Miners managed to leave Dormaa with a 0-0 draw in the previous game week but need a big win to try and erase their heavy 6-1 defeat to WAFA in gameweek 12.

The Obuasi-based side are in a good place in the league however with 22 points earned and just one spot below the top four. A victory against Bechem will help their title challenge.

Bechem United are also looking to end their two game unbeaten run against AshantiGold. The Hunters could only settle for a draw against Dreams last time out but suffered a defeat to Asante Kotoko on matchday 12.

Kwaku Danso's side are 8th on the log with 16 points.

In their last nine matches, AshantiGold have only beaten Bechem United once and lost three times.