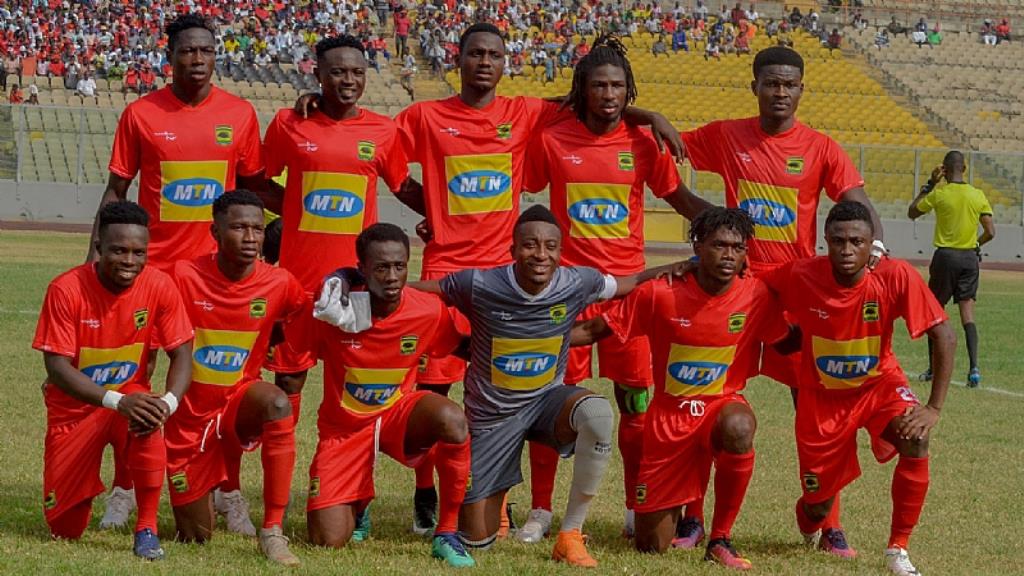 Asante Kotoko look to make it three wins in a row as they prepare for a clash against Elmina Sharks at the Accra Sports Stadium.

The Porcupine Warriors recorded a fairly comfortable 3-1 win over Bechem United on matchday 12 and clinched a 1-0 away win over Karela on matchday 13.

The Porcupine Warriors boasts of the best defense in the league so far this season, conceding seven goals. They have also scored 14 goals in the process, the second lowest among the top five.

Maxwell Konadu's side are now 3rd on the log with 24. Another victory on Thursday will surely please the fans.

Elmina Sharks are also looking to extend their unbeaten run against Kotoko. They have won four of their last five matches in the competition including a fairly comfortable 3-1 result over Liberty and a 2-1 away win over Medeama.

They have scored 17 goals so far but need to strengthen their defence after conceding 13.