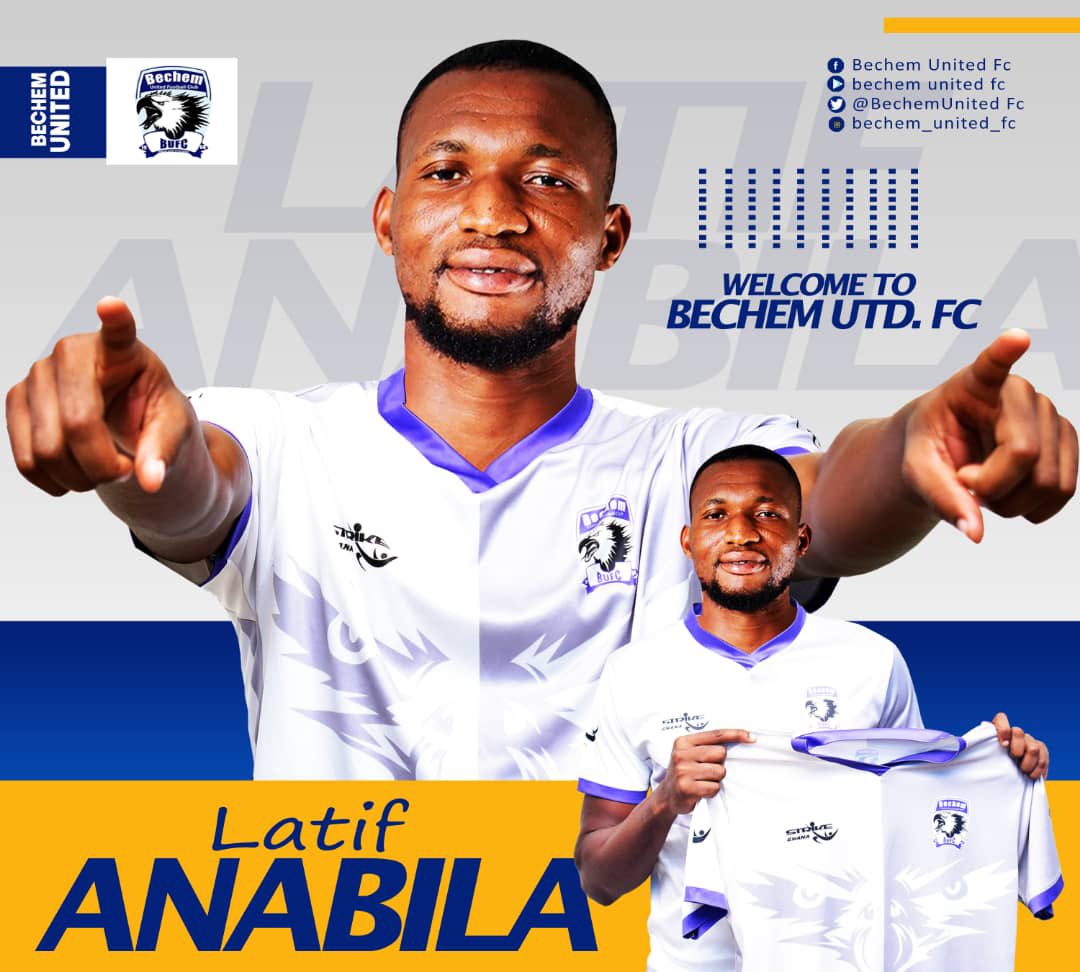 The former Ashantigold player has joined the Hunters on a season-long loan from the Porcupine Warriors.

He endured a difficult 2020/21 season with the two-time African Champions under coach Mariano Bareto and is expected to redeem himself with Bechem United.

"We are glad to confirm the signing of Latif Anabila. The workaholic midfield Orchestrator joins us on a one-year loan deal from Tema XI FC," wrote the club on Twitter.