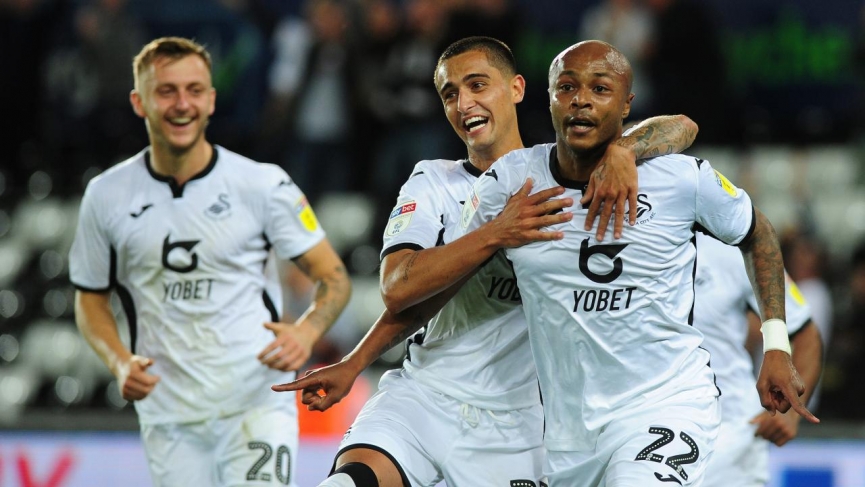 Ghana captain, Andre Ayew climbed off the bench to score twice for Swansea City in the Carabao Cup on Tuesday night.

The Welsh-based side came from behind to win 3-1 in their first-round Carabao Cup clash with Northampton Town at the Liberty Stadium.

The visitors broke the deadlock of the game on the 61st minute of the match through Matty Warburton after lack of goals in the first half.

After his introduction on the pitch in the 62nd minutes, Andre Ayew, however, snatched the equaliser for the home side with a fine strike on the 82nd minute of the game.

The 29-year-old netted his second goal of the day on the 88th minute after George Byers had doubled the score on the 84th minute.

Ayew spent last season on loan at Fenerbahce and had been expected to leave the Liberty Stadium this summer.