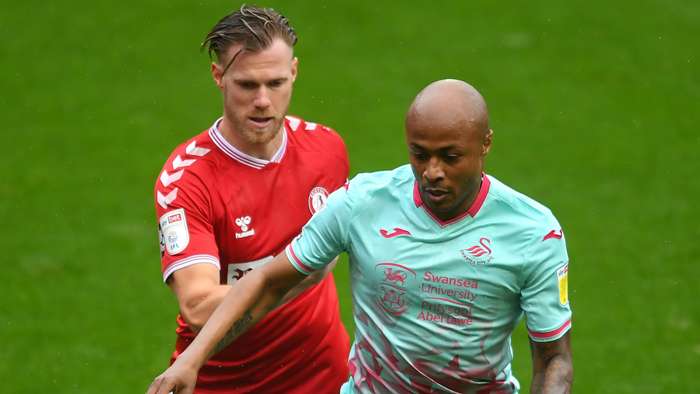 Ghana skipper Andre Ayew featured for Swansea City in their 1-1 stalemate against Bristol City in the English Championship on Saturday.

The 30-year-old lasted the entire duration of the game as Steven Cooper's side secured a vital point at Ashton Gate.

After a goalless first-half, Jamal Lowe opened the scoring for the Swans in the 51st-minute but his opener was cancelled from the penalty spot by Nahki Wells' equaliser for Bristol seven minutes from time.

The Ghana international managed one of the two shots on target registered by the Swans in the entire game and he also received a yellow card for taking his protest against referee Oliver Langford too far in the 87th minute.

Ayew has made seven league appearances and scored three goals for Swansea City so far this season.

The draw saw Swansea City drop to sixth in the Championship standings with 12 points after seven matches while Bristol City remain second with 14 points.

Swansea City will host Stoke City at the Liberty Stadium on Tuesday as they look to return to winning ways.