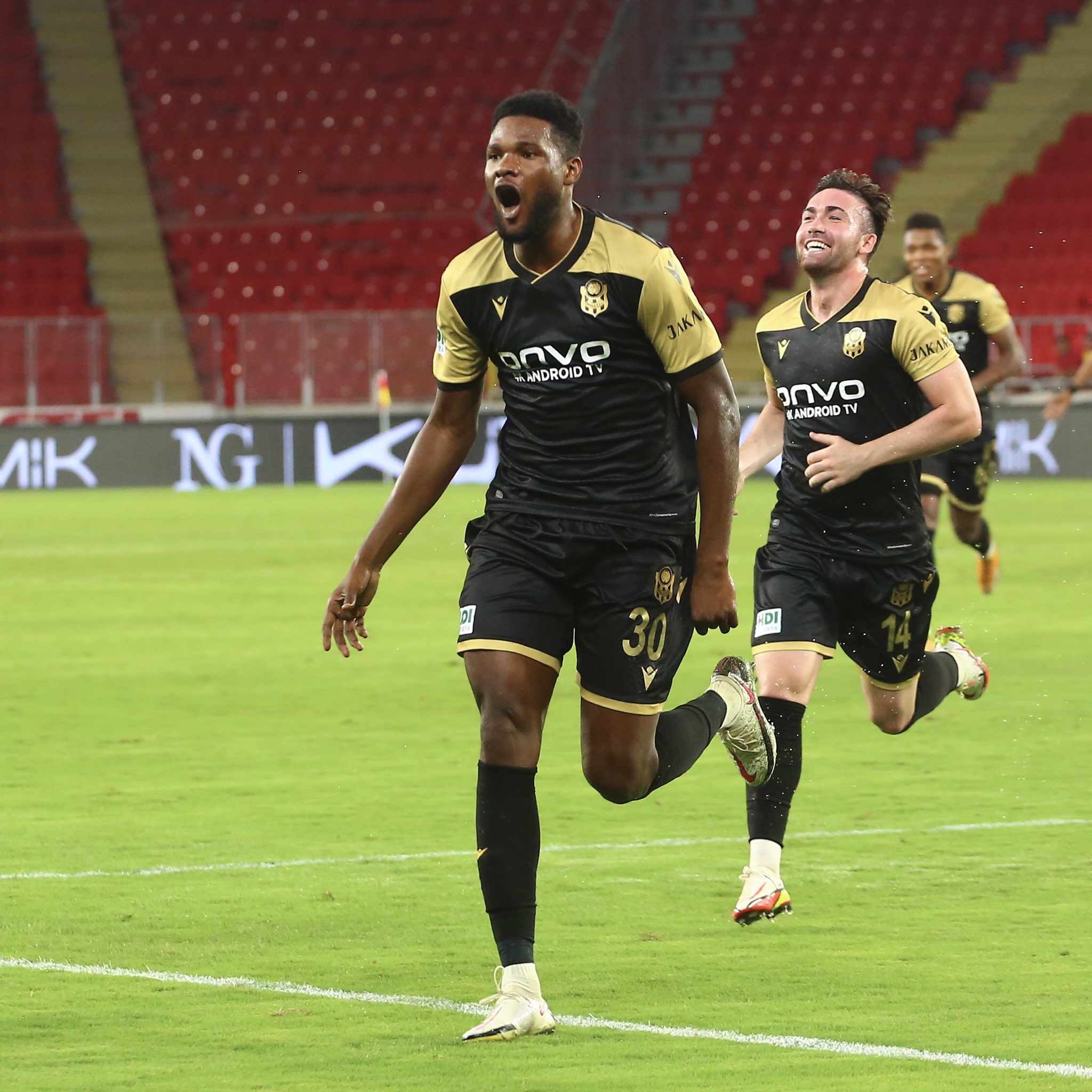 Ghana striker, Benjamin Tetteh was on target on Friday evening to inspire his Yeni Malatyaspor outfit to beat Altay 2-1 in the Turkish Super Lig.

Having inked a permanent deal with the club in a move from Czech side Sparta Prague, the forward has been a revelation, especially in the last few matches.

Today at the Yeni Malatya Stadium, Benjamin Tetteh started the match for Yeni Malatyaspor when the team hosted Altay in a matchday 10 of the ongoing 2021/2022 Turkish Super Lig season.

On the back of a goalless draw from the first half, the Black Stars striker equalized in the 57th minute to shoot the home team into the lead.

Although Daouda Bamba would score to half the deficit for Altay, Benjamin Tetteh and his teammates defended well to hold on to a crucial 2-1 win at the end of the 90 minutes.

With his goal today, the Ghana striker now has five goals to his name this season in the Turkish Super Lig.