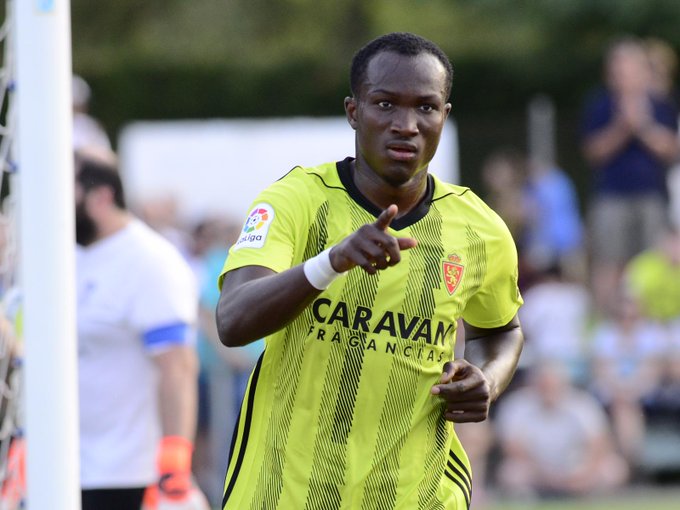 Ghanaian attacker Raphael Dwamena has finally scored his first league goal for Real Zaragoza after finding the back of the net in their 3-0 win over AD Alcorcon in the Spanish Segunda Division over the weekend.

The two lower division clubs locked horns over the weekend to battle for another important 3 points.

At the end of what proved to be a one-sided affair at the Estadio Municipal de Santo Domingo in the Spanish Segunda Division on Sunday, it was Real Zaragoza that carried the day.

The on-loan Raphael Dwamena opened the scoring for his side with a sublime finish just 12 minutes into the first half.

Two more goals from Luis Javier Suárez and Carlos Vigaray sealed the vital win for the away side who are seeking to gain promotion to the Spanish La Liga at the end of the season.

Having scored his first league goal after four appearances, the UD Levante-owned striker will now be hoping to bang in more goals in subsequent matches.