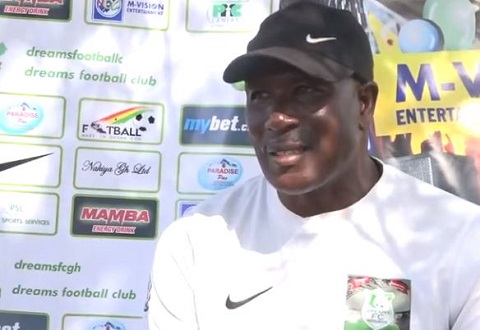 The head coach for the Ghana U-20 team, Coach Karim Zito says his target is to win the CAF U-20 Total Africa Cup of Nations (AFCON) trophy.

Nicknamed the Black Satellites, the team last year sealed qualification to the upcoming tournament after winning the WAFU Zone B U-20 tournament.

Today, Ghana has been drawn to face Tanzania, Gambia, and Morocco in Group C of the CAF U-20 AFCON tournament.

Speaking to Happy FM after the draw, Black Satellites coach Karim Zito says his goal is to win the ultimate prize at the end of the tournament.

“We are going all out to make Ghana and West Africa proud because we are representing the sub-region. Our target is the ultimate prize,” the gaffer said.

According to coach Karim Zito, he will invite some players from clubs in the Ghana Premier League to augment his squad.

“When I came back, I told my scouts I needed certain players, and luckily for me, the league is currently ongoing which will make it easy for us selecting the best to represent the country”, the experienced coach added.

The CAF U-20 AFCON tournament will be staged in Mauritania and has been scheduled to commence on February 14.