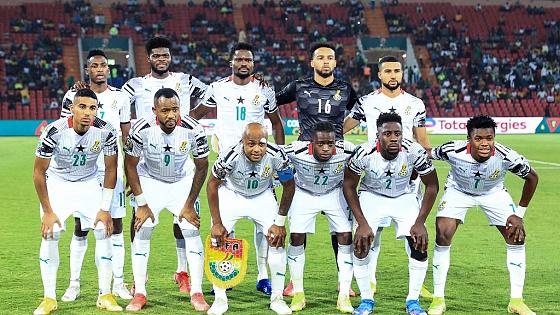 The Black Stars of Ghana will be the third youngest team at the 2022 FIFA World Cup, according to Safebettingsites analysis.

Ghana will travel to Qatar with an average age of 25 years, making them the third youngest team after USA and Mexico.

The four-time African Champions are only behind the USA and Mexico who have the youngest squads with an average age of 24.5 and 24.8 years respectively.

Meanwhile, Belgium who will be seeking to win their first World Cup title goes into the tournament with the oldest squad.

They will travel to Qatar with an average age of 28 years, followed Japan, Australia and Argentina who have average age of twenty-seven and a half years each

The Black Stars of Ghana have been paired in Group H where they will face Portugal, Uruguay and South Korea.

Ghana will begin their campaign against Portugal on November 24 before facing South Korea in their second game.

The four-time AFCON champion will take on Uruguay in the repeat of the 2010 quarterfinal game.