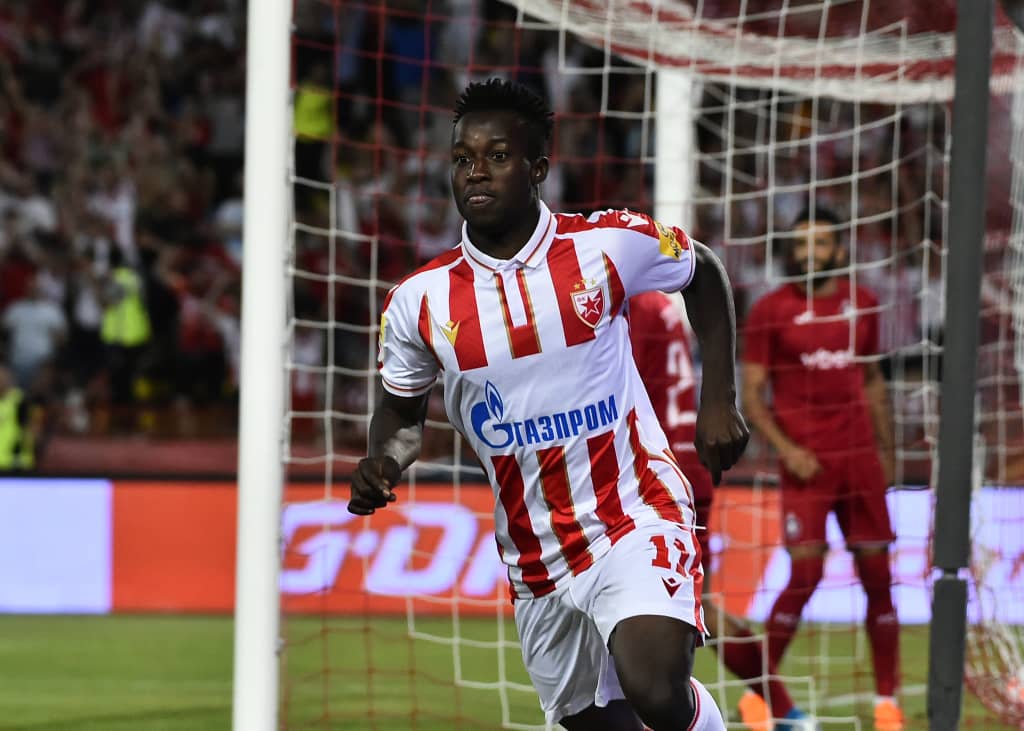 Ghana international, Osman Bukari cannot stop scoring after his blistering start to life in Serbia where he plays for Red Star Belgrade.

The talented winger last month sealed a transfer from Belgian giant KAA Gent to sign for Red Star Belgrade to strengthen the squad of the team.

Today, Osman Bukari started for his team when the side faced off with Armenian club Pyunik in the Champions League qualifying round.

Just three minutes into the first half, the Black  Stars forward opened the scoring with a fine strike but unfortunately it was ruled out for offside.

Gingered to continue going after that disappointment, Osman Bukari starred from there on and finished the game with a sensational hat-trick.

Thanks to his dazzling display, Red Star Belgrade cruised to a thumping 5-0 win against Pyunik in the Champions League qualifying round.

The forward now has five goals after making six appearances in all competitions since joining Red Star Belgrade.