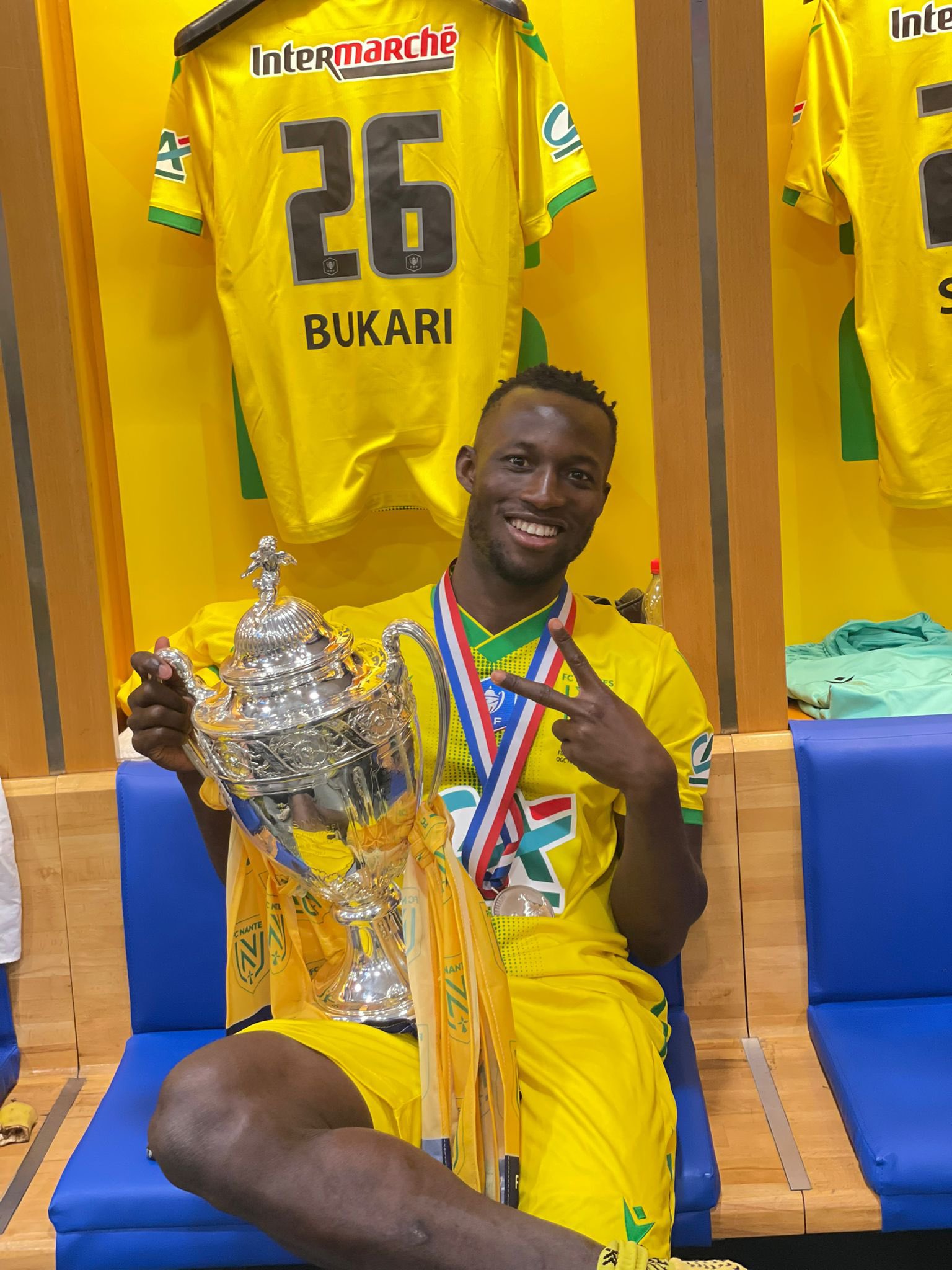 Ghana winger Osman Bukari is set to return to Belgian giants KAA Gent after a successful loan spell with FC Nantes in the French Ligue 1.

Bukari joined Nantes on a season-long loan deal last summer from Gent and went on to become a fan favorite at the club.

The 23-year-old played his final game for the Yellow Canaries in the 1-1 draw against Saint-Etienne on Saturday night.

He played a key role in helping FC Nantes clinch the French Cup and finishing 9th on the table.

It was the fourth time Nantes had won the French Cup and their first major trophy since 2001's Ligue 1 title.

Bukari is expected to be named in Ghana squad for next month's 2023 Africa Cup of Nations qualifiers against Madagascar and Central Africa Republic. He will also travel with the team to Japan for the Kirin Cup.

He helped Ghana qualify for the 2022 World Cup after featuring in the playoff against Nigeria.