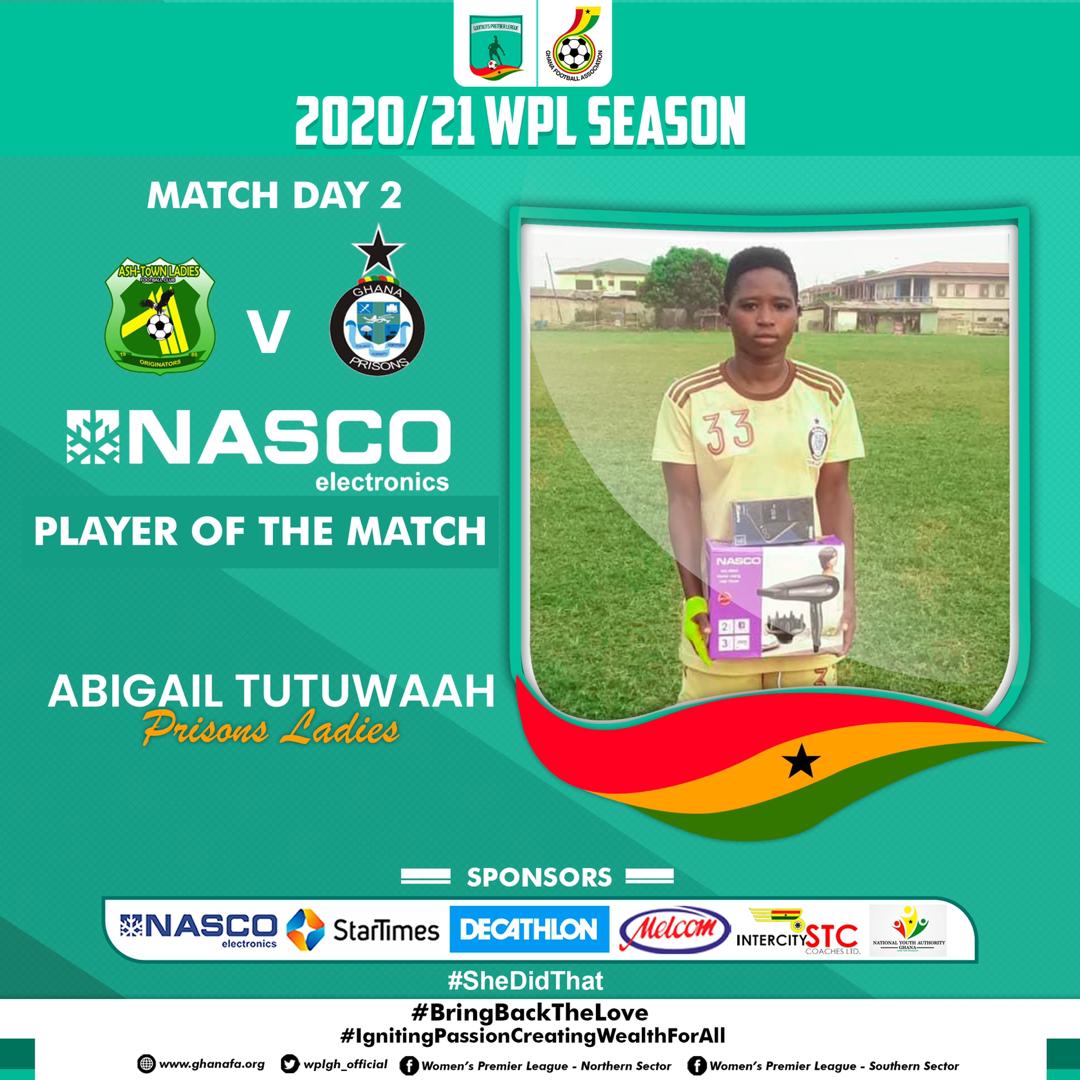 Prisons Ladies recorded a win away today after beating Ashtown Ladies 0-1 at the Paa Joe Park in Kumasi.

With Ashtown ladies losing its first game while Prisons Ladies shared points at home last week, today’s Day 2 fixture was a redemption match to bring hope in the race of placing top of the northern zone of the National Women’s Premier League. Bf

Both teams played at par in the early minutes of the first half until Helena Obeng of Prisons ladies tested the strength of goalkeeper Joyce Boateng through a long shot which flew few inches above the goal post.

Rebecca Asante went in for a hard tackle leading to a knee injury which saw her replaced by Doreen Obeng Peprah.

Both teams had gone all in but no goal was recorded. A foul on Helena Obeng resulted in a free-kick for the Sunyani based club but goalkeeper Joyce Boateng once again showed her supremacy at the goal post by flicking it out.

Six minutes after recess, a free kick was given to the guests just six minutes into the second half. Abigail Tutuwaa stood behind the ball and gave a great kick which went straight into the goalpost and shot her side into the lead.

The game took a turn after the goal and it was all tensed up as the home team fighting to restore parity.

Nida Mensah was cautioned with a yellow card before she was taken off for Shirley Doso to take her place. Dominance was showed by Prison ladies after taking the lead in the game, they aggressively wanted to widen the gap in the scores but it could not avail.

The captain for the home side Veronica Darkwaa commanded the back line and prevented more chances created by the Prisons Ladies on various occasions.

The resilience of Ashtown Ladies’ defense helped them keep the result at 0-1 as Prisons Ladies kept fighting to add more to the tally before the final whistle.

The scorer for the only goal of the game Abigail Tutuwaa of prisons ladies was named the Player of the Match.